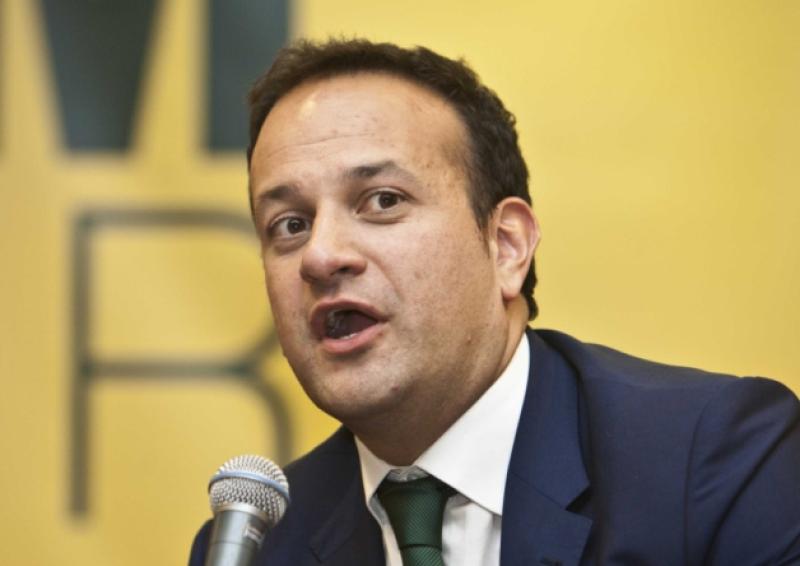 There will be more and better jobs under a Fine Gael Government that is the only one that can get the best Brexit deal according to the Taoiseach, Leo Varadkar.

The Taoiseach made his comments at the launch of Fine Gael’s economic plan which will mean generating more jobs and putting more money in people’s pockets.

1. A job for everyone who needs one: There has never been so many people at work in Ireland but Fine Gael knows that’s not enough and will create almost 200,000 new jobs across the country by 2025.

2.  Investing in infrastructure: Infrastructure investment has risen to €8.2 billion from €4.6 billion between 2017 and 2020 and will further increase this investment to nearly €11 billion by 2025.

3. Keep wages increasing: Workers’ wage packets have increased steadily under Fine Gael – the average national wage has grown by €3,350 since 2017. The Fine Gael plan will continue to put more money in people’s pockets.

4. Responsible management of the economy: This is so we can have an insurance policy for our country. There was a €1.5 billion surplus last year but it’s not enough so the Fine Gael plan will generate a surplus of €4 billion by 2021.

The Taoiseach said: “There are 2.3 million people at work in Ireland, more than ever before. Incomes are rising, poverty is falling and our economy has never been stronger. But we know that’s not enough. We need more jobs and better jobs. Jobs that are well paid and secure, and allow for a better work life balance.

“Fine Gael will help to create almost 200,000 new jobs by 2025. We’ll continue to manage the economy well, which will allow us to reduce taxes so you can keep more of your hard earned money and invest more in schools, hospitals, roads and public transport. We’ll also continue to increase our financial buffers so we are better protected for any shocks that might face the country.

“We can only do all this, if we secure a good trade deal in the next phase of Brexit, to keep our economy strong and protect our jobs and our livelihoods, he said.

Minister for Finance, Paschal Donohoe, stated that Fine Gael will never go back to Fianna Fáil’s “if I have it, I spend it” approach: “Too many of our communities and citizens still bear the scars of the economic crash. Under Fine Gael, our economy has grown, there is a job for everyone who wants one and wages have risen. But we know that’s not enough so we will build a new and better future for the country by delivering on four pillars.

“First, we will deliver more and better jobs. By 2025, we will deliver nearly 200,000 additional jobs right across the country and in key public sector roles like nurses, teachers, doctors and Gardaí. We will ensure that there is a job for everyone who needs one. Not just more jobs, but better jobs through our Future Jobs plan, by embracing new technology, improving productivity, upskilling and reskilling as we move to a zero-carbon economy.

“Second, our economic plan will increase investment in infrastructure steadily over the next five years to reach nearly €11 billion a year in 2025 – well ahead of the European average.

“We will use these resources to keep investing in our country’s future. This will be done through initiatives like the National Broadband Plan, Metrolink and Dart expansion and in a national retrofitting programme.

“Third, we will put more money in people’s pockets. The average national wage has grown by €3,250 since 2017. Under Fine Gael, workers will continue to see improvements in their take home pay through both wage increases and changes in income tax bands.

“And we will also negotiate a pay deal with the public sector this year that recognises the crucial contribution of our state employees, while also ensuring the stability of the public finances.

“Fourth, we will keep our finances safe. We achieved a surplus of €1.5 billion last year, compared to a deficit of €23.5bn a decade previously when Fianna Fáil was in Government. But it’s not enough, so we will use our strong economy to get to a surplus of nearly €4 billion by 2021.

“Running a surplus like this makes sense as it protects us from any fall in the tax take from multi-nationals, which is a clear risk once global tax rules change. And we also reduce our public debt level to around 85% of national income by 2025 and then to 60% by 2030.”