Sharp rise in concerns over the environment 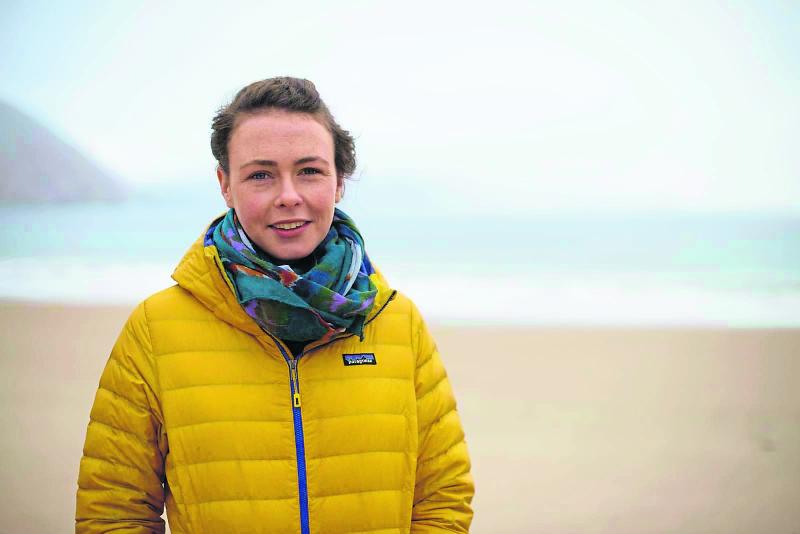 Saoirse McHugh was sprung from nowhere by the Green Party to contest a European seat in the Midlands-North-West, but she believes that the sharp rise in concerns over the environment might help her to cause an upset.

"Everywhere I go, people are worried. It’s coming to light how dire the situation is getting, the risks we run by not changing. People have been hearing words but not seeing action, they’re genuinely concerned," she said.

McHugh’s honest approach has helped her gather steam in a region not known for its green vote.

"I suppose as a new candidate I’ve had to work hard, bang on loads of doors and hope that what I’m saying resonates. Most people know we can’t go on as we are but can’t see a way out, I’m here to offer alternatives that don’t hurt your pocket or the planet.

"Unfortunately I won’t get to knock on all 400,000 doors in the constituency because I really feel that one on one I’m bringing people around.”

On a recent visit to Dowra, home of her grandfather Ted McHugh, Saoirse called for rural Ireland to take control of its future.

"We see it everywhere, young people leaving, empty houses, schools closing. Forty years ago there was half the money in rural Ireland but twice the industry. There are green solutions to all our problems but we have to lead in them. If we wait to see what happens we'll be left behind."

The Green Party doubled its seats in the UK local elections recently as climate change and biodiversity loss begin to haunt our headlines.

"I never once dreamed of being a politician and to be honest, if I wasn’t kept awake at night worrying about our planet dying I’d probably be back in Achill looking after my chickens.

"But it is and here I am. We can’t have a healthy society without a healthy environment and whether I’m elected or not, I will continue fighting to protect it."

At 28, McHugh is the youngest candidate in the race and if elected, could be the youngest MEP in Brussels. She’s well aware of the challenges of running against big parties in a thirteen county constituency.

"I've gotten great support from friends, environmentalists and green party members right across the region. Our budget is small but our mission is enormous. Climate change is coming and if we’re not ahead of it, we’ll be stuck behind it forever."

European elections are known for producing shocks as voters tend to cross party lines so it’s quite possible that Saoirse McHugh could ride this green wave all the way to Brussels.

"There’s an appetite for change, whether that translates into green votes, we’ll have to wait and see," she concluded.