Time for progressive voices to take back control - Mairead McGuinness

Failure to challenge populism leads to divisions in society 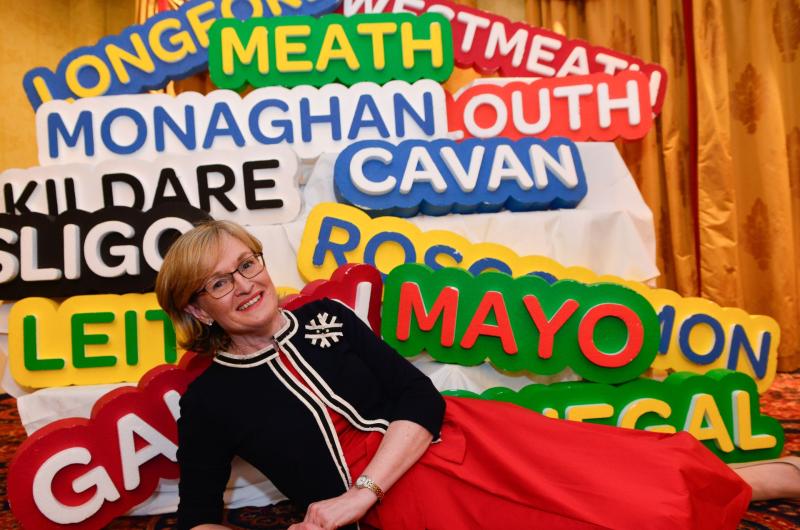 Mairead McGuinness MEP at her launch.

While the European Parliament has gained increasing power and responsibility for legislation impacting the daily lives of Irish citizens’, political parties are almost exclusively focused on the national agenda and that needs to change, Mairead McGuinness outgoing MEP and first Vice-President of the European Parliament said at the launch of her re-election campaign.

The MEP whose current responsibilities include dialogue with national Parliaments said Brexit has exposed the risks attached to such a reality.

“Support for EU membership in the UK was never as strong as in Ireland, but we should not ignore the lessons from the UK referendum.

“The most significant lesson is that failure to challenge populism leads to divisions in society and in parliaments which damage democracy and the ability of politicians to get things done on behalf of citizens.

“Sadly, the European Parliament has been used as a YouTube studio by anti-European forces.

“It‘s time to switch the channel and be where people are in their homes, at work, in schools and clubs listening and talking about the European agenda and its fundamental values of freedom, democracy and the rule of law,” she said.

The forthcoming elections are crucial for our country and for Europe and we must promote what Europe is and not be defensive of its great achievements - freedom, peace and prosperity, she said.

“We must strive to improve how the EU works by strengthening the links between our work in the European Parliament and National Parliaments. That is what will deliver the best policy outcomes and avoid less than satisfactory outcomes or unintended consequences.”

She said if progressive politicians don’t lead on the issue they are giving legitimacy to those politicians who incite citizens to disrespect the EU, its values and its institutions, including the critical role of the European Parliament.

And while there is much to be done so that no one is left behind Europe leads the way in so many different areas - from social protection, workers’ rights, environmental issues, food standards and support for the developing world.

“Those of us who are elected must lead on these issues, address the anxieties faced by citizens but also reopen our eyes to the extraordinary progress Ireland has achieved by being part of the EU.”

She said Ireland has made a unique and strong contribution to that progress.

“Small countries have big ways of influencing policy and decision making.  In my time in Parliament I have worked within my own EPP group and across groups on issues which are important to individuals, families and businesses.”

She said she was elected first Vice-President with the support of 75pc of members of Parliament.

“I think I have gained that support by striving to be meticulously fair but firm when chairing debates and votes. I have led difficult debates on complex issues, including freedom of religion and belief.

“As the Vice-President with responsibility for dialogue with religious and non-confessional groups, I have come to learn to my great sadness of the global marginalization, discrimination and persecution of people of faith and no faith - but especially Christians who suffer most.

“In this country we must speak out for freedom of religion and belief which leads to greater understanding, respect and tolerance. These are values which are in decline, including in our own country,” she said.

She said Brexit has loomed large for almost three years with the inability of the UK political system to move, leading to collateral damage to our country and economy.

“Our EU partners have stood with us, learned about our history and our concerns for the fragile peace process on this island.

“Many sectors here are already impacted by Brexit including the farming and fishing industries - core sectors of our economy. And much work remains to be done to try and minimise the impact of Brexit,” she said.