The Frackers are back on the border 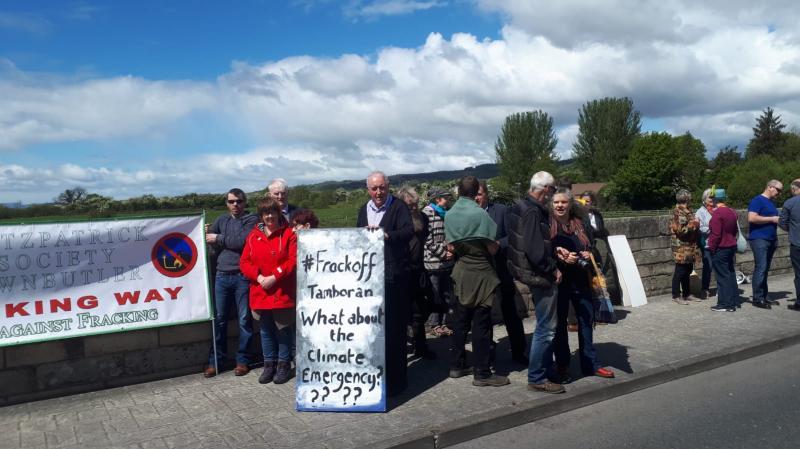 Five years after their first drilling license was terminated due to environmental concerns and huge local opposition, Tamboran Resources the hydraulic fracturing drilling company is hoping to return to the Fermanagh-Cavan border with a new drilling license.

According to Carrick-on-Shannon Green party candidate Leslie O'Hora Tamboran has put in a renewed drilling application into Northern Ireland's Department for the Economy.

"In 2014, several hundred protesters gathered at the proposed drilling site, to stop test-drilling for gas. Strong opposition eventually compelled the then Minister for Trade, and now DUP leader, Arlene Foster to rescind Tamboran’s gas-probing licence. Now Tamboran are back, sensing that the North Ireland Government is preoccupied with Brexit and hoping to wear down local opposition by stealth and attrition.

"Local communities on both sides of the Cavan-Fermanagh border are resigning themselves to another long and exhausting campaign to get rid of them again, for once and for all."

He outlined "Tamboran Resources have applied for a license to drill three 1,000 metre deep wells prior to extracting fracked gas over a 605 kilometers square area, which could affect Fermanagh South, Cavan and Leitrim.