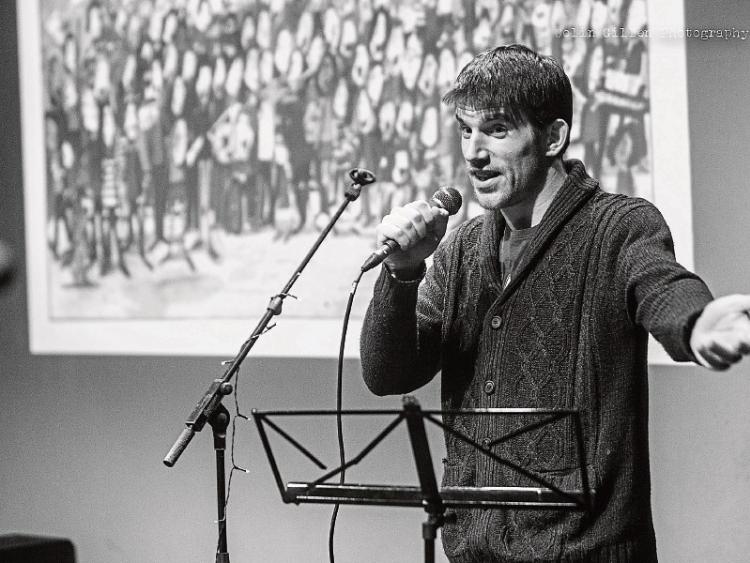 Leitrim’s Stephen Murphy and Mac Tíre launch their new album at the Glens Centre with an array of musical and spoken word guests this Saturday, June 11 at 8.30pm.

If you haven’t seen Stephen Murphy perform yet, book your ticket now, as you won't want to miss this extraordinary talent.

Saturday sees the launch of the debut album from Mac Tíre, a collaboration between poet Stephen Murphy and musician Finn O'Connor.

“Of Land & Man” is an eclectic musical mix whose themes range from the gritty modern to the richly mythological.

The common thread throughout the album however is that of the island and the people that dwell here – both past and present.

“The album is a throwback to an island largely forgotten in today's Ireland,” says Murphy “an island of sacred energies that live on through the myths and legends that have come to form us as a people.”

The music for the album was written and recorded by O’Connor in Crann Óg Studios in Drumshanbo while Murphy’s formidable poetry was recorded in Lake Studios in Cootehall.

A number of musicians helped out on the album including Rónán Ó Snodaigh from renowned Irish group Kíla.

Support on the night comes in the form of renowned singer/songwriter Mick Blake, poetician John Cummins and four-piece Abandon Ship, with an introduction by Donal O’Kelly.

A great night is guaranteed.