Ross O’Carroll-Kelly is having a one-night stand - with the whole world! And you’re invited! 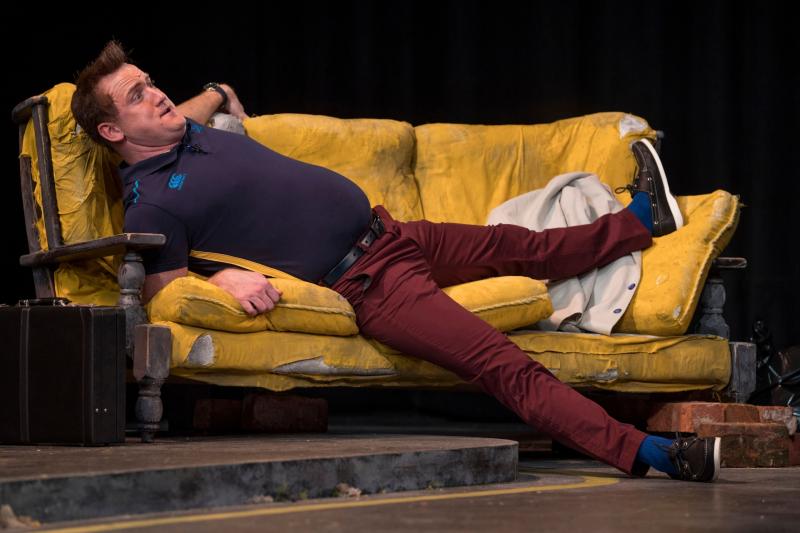 The Backstage Theatre, Longford is thrilled to announce that they have teamed up with Landmark Productions to bring the highly acclaimed comedy Ross O’Carroll-Kelly’s Postcards from The Ledge, live on stage, live on stage, for one night only.

The Rossmeister General will be coming to you live to homes all around the world on Saturday 15 May. The show will also be available to watch on demand from Sunday 16 until 23 May. Tickets from €20 including booking fee are on sale now.

The year is 2029 and Ireland is in the midst of an economic boom. Ross O’Carroll-Kelly is about to turn 50 – and life could not be better for him. His wife, Sorcha, is the Taoiseach. His triplet boys are the backbone of the Castlerock College Junior Cup team. And he still does alright with the ladies. But Ross’s daughter, Honor, is about to get married and that’s when the trouble really begins.

Ross O’Carroll-Kelly is the star of the much-loved, best-selling series of books, and a weekly column in the Irish Times, by the award-winning writer, Paul Howard. Rory Nolan’s masterful performance as Ross has been drawing standing ovations since he first brought Ross to life on stage 14 years ago. Now you can applaud him from every room in your house!

Paul Howard's character Ross O'Carroll-Kelly started life in a newspaper column almost twenty years ago. He has since become the star of a critically acclaimed series of books that satirised Ireland during the years of its economic boom and bust and have sold well over one million copies in Ireland alone. He was named Irish Newspaper Columnist of the Year in 2013 for his weekly column in the Irish Times, one of the most widely read in the newspaper, and has received a record three Irish Book Awards.

Written by Paul Howard and directed by Irish Times Theatre Award winner Jimmy Fay, the show stars the award-winning actor Rory Nolan, who has played Ross since his first stage incarnation 14 years ago.

A must-see, don’t miss your chance to make a date with the Ledge broadcasting live on Saturday, May 15 at 8pm and On Demand from May 16-23.  Tickets from €20 available on backstage.ie