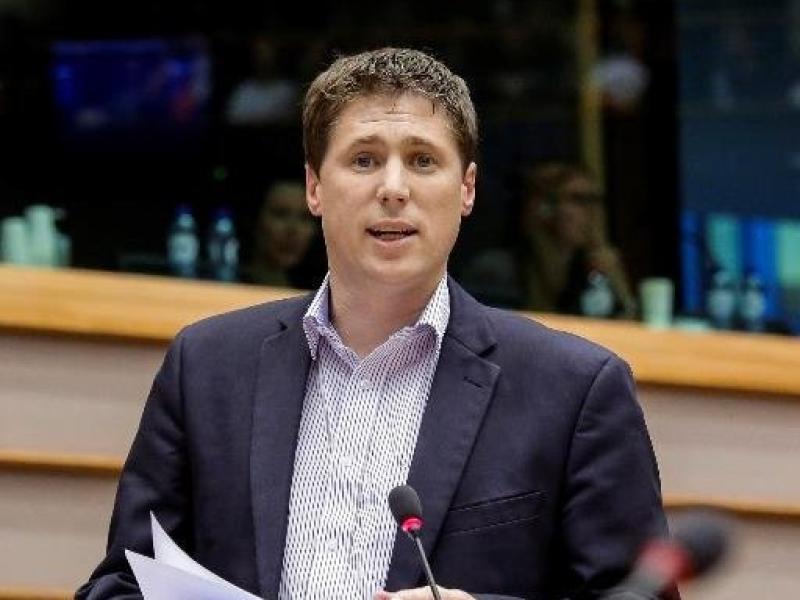 Sinn Féin MEP for the Midlands North West, Matt Carthy, has raised the failure of Irish Forestry policy with Commissioner Phil Hogan during an interaction at the European Parliament’s Agriculture & Rural Development committee.

Commissioner Hogan attended the special committee hearing to discuss progress on the EU’s Forestry Strategy. In his reply to Mr. Carthy the commissioner stated that the planning process should be utilised to ensure that adequate forestry policies were in place, seemingly not realising that, in Ireland, planning permission is not required for forest plans of less than 50hectres. This ‘loophole’ has led, in part, to the difficulties faced by communities in counties such as Leitrim.

Speaking after the hearing, Carthy said, "The EU states as its main principles for forestry is that they serve environmental, social & economic purposes.

"Irish forestry policy, if you would be generous enough to call it a strategy, doesn’t address these three criteria. Having worked with communities, particularly in the West of Ireland, that have borne the brunt of forestry expansion I’d go so far as to say that it fails on all three counts.

"Environmentally the concentration of non-native Sitka Spruce plantations, that are regularly clear-felled and often planted in peat bogland areas often means that they actually harm the environment.

"The incentives provided by government and organisations such as the EIB to the private sector results in huge levels of land-grabbing and the transfer of land ownership from local communities to multi-national corporations, meaning that the forests are socially damaging. This further means that any economic benefit does not accrue to the communities in which the forests are planted. In essence this means that Irish forestry policy is an outright failure.

"It was interesting that, in his reply to me, Commissioner Hogan stated that the planning process should be utilised in order to address these concerns. But, at present, planning permission for afforestation in Ireland is not required for plantations under 50 hectares. This makes up the bulk of plantations and has led to private entities purchasing peat bogland, which otherwise should be contributing to carbon sequestration, in order to plant large, commercial plantations.

"That Commissioner Hogan pointed to the planning processes, seemingly unaware of the Irish planning laws which he previously oversaw as Minister, should spurn the current government into action.

"My Sinn Féin colleague, Martin Kenny TD, has proposed legislation to ensure that planning permission would be required for any plantation over 5 hectares.  The government supporting parties of Fianna Fáil and Fine Gael must put on the record their support of this move as one important part of the substantial changes in Forestry policy that is required.

"Regional development cannot take place independently of public policy tools that include community consultation and proper zoning. If forests are to serve the environment and the social and economic needs of our communities then a radical rethink is required. That rethink must begin now".

Delays in social housing review is affecting families across Leitrim