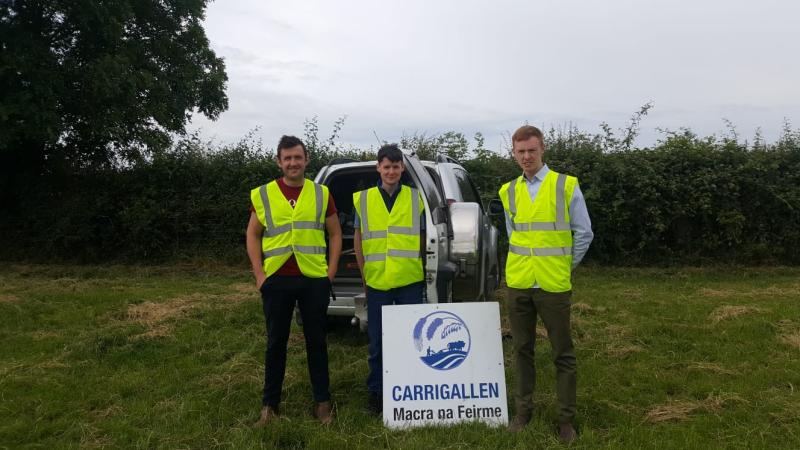 Leitrim has secured a place in the FBD National Farm Skills final after qualifying at the semi-finals at Gurteen Agricultural College in Tipperary on July 7.

15 teams from across the country took part. Each had to perform three tasks: tractor teamwork; farming knowledge and a stock–proof fencing gate hanging task. Six teams were selected to go forward to the national finals.
Congratulations to Fergus O'Rourke, Michael Reynolds and Stephen Dolan from Carrigallen Macra who represented Leitrim and were successful in getting through. The final takes place at Tullamore Show on August 11.

Macra clubs attending Local Shows
Carrigallen Macra will be attending Arva Show on July 28 and Cloone Show on August 5, make sure to pop over to see them as they will have games and activities.
North Leitrim Macra are going to have a stand at Manorhamilton Show on July 28, call over and say hello and see what fun members are getting up to on the day.