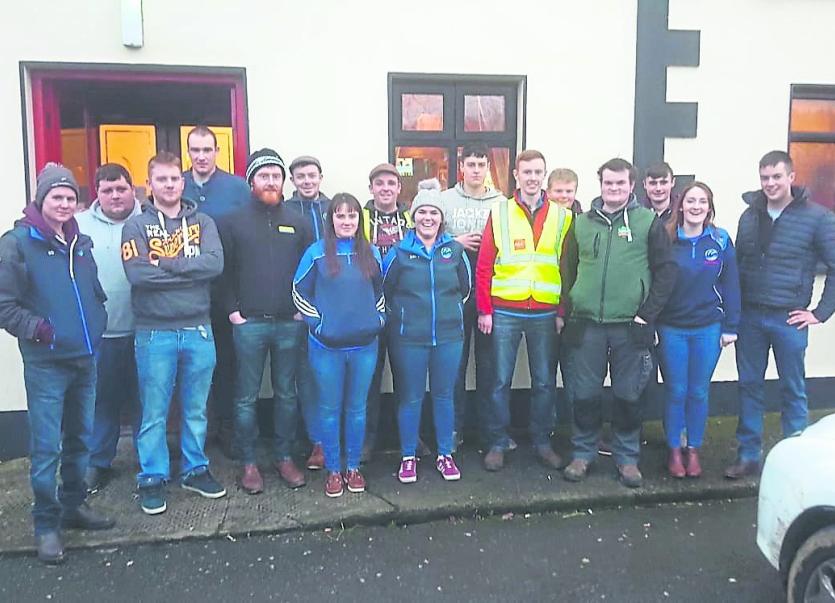 This year the selected charities were Save Our Sons And Daughters (Cavan) and Chloe Greene’s Fight Against CNS Aspergillosis.

All proceeds from vehicle entries, bucket collections, raffle tickets and donations are being split between the two worthy causes.

The run began from The Dugout Bar, Aughavas and made its way through a number of towns and villages before returning to Aughavas. A huge number of tractors, lorries and cars turned up to show their support for these causes. There were over 70 vehicles present on the day.

Read Also: Candidates need to come up with meaningful proposals for agriculture

A big thank you also to each volunteer who assisted with stewarding on the day, to the drivers participated and to the local community for your generosity.

Thank you to Aughavas GAA club for the use of their carpark and a massive thank you to Pauline Harte and the staff at The Dugout Bar for your hospitality and refreshments on the day.

SOSAD promotes suicide prevention and awareness. They also offer support to those who are bereaved.

A representative of SOSAD very kindly spoke at a Men's Health Event hosted by Carrigallen Macra in November 2019. At this event, Macra members learned that this amazing charity receives no government funding.

As a club, Carrigallen Macra wanted to help this group in a small way and this is why they selected them as one of the chosen charities to benefit from the vehicle charity run.

The other recipient is Chloe Greene. She is 24-year-old and battling a rare infection in her spinal cord. To date Chloe has had numerous surgeries and she is now planning on traveling overseas to seek other expert advice and treatment options.

Due to Chloe’s family ties to Carrigallen, Carrigallen Macra selected her fundraising efforts as their second charity.

Finally, Carrigallen Macra would like to thank all its members for their efforts over the last number of weeks to make this run the success it has been.

Carrigallen Macra are always looking for new members. Like their Facebook page - www.facebook.com/carrigallen macra - to keep up to date with meetings and upcoming events. The final figure raised will be published on Facebook in the coming weeks.