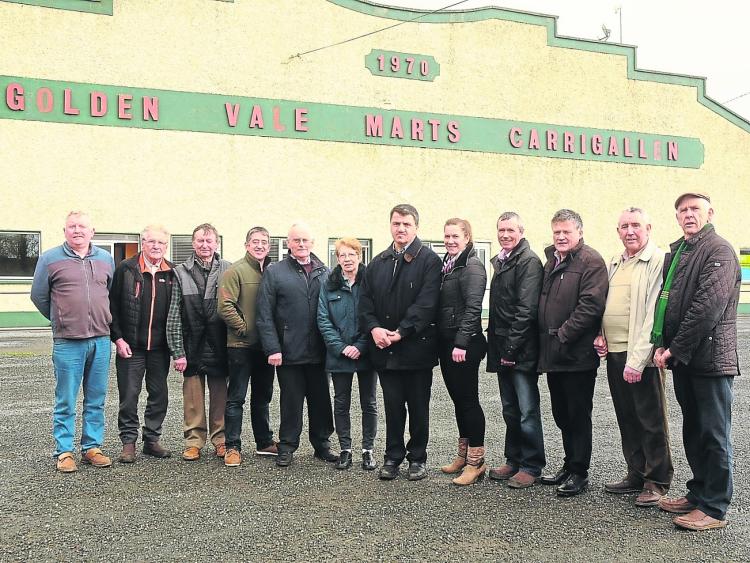 With such an important milestone to mark this March, the management and staff of Golden Vale Mart, Carrigallen have planned celebrations for customers, former committee and staff members and their families as well as the wider community.
Kicking off events will be a special afternoon at the mart on March 19, 2020 to mark 50 years in business.
GVM Carrigallen Manager, Helen Kells, said: "We would love to see as many past committee members and former staff members coming along to join us for this celebration. We'd also love to see as many of those who have supported us and been involved in the mart from the very beginning."
She thanked everyone involved in the initial development of the mart, those farmers who contributed, the committee members down through the years, the wonderful staff and the many customers who have loyally supported Golden Vale Mart Carrigallen since it opened its doors in 1970.
"Thank you also to the people of the surrounding area, to all the local businesses and companies who have sponsored us throughout the past 50 years," she said.
As part of the evening there will be a display of the history of the mart and Helen is inviting anyone with additional photographs or other material from the mart to contact them so that they can also be included in the display.
As well as the historical showcase there will also be special guests including Chief Executive of the Golden Vale Group in Kilmallock, Co Limerick, PJ Buckley; Chairperson of the Board of the Golden Vale Group, John O'Keeffe and Cllr Paddy O'Rourke.
Refreshments will be served and people are encouraged to come along and share their memories of the mart in Carrigallen when the big Show and Sale is on.

The chance to win €50
During the month of March two lucky sellers at each of the 12 sales will get a chance to win €50 sponsored by IFA, FBD, Marsh Ireland and Bank of Ireland.
€100 is up for grabs at each sale. Those who sell on any one of the 12 days during March will go into a draw with two €50 prizes on offer on each day.
Sales are held Saturdays for weanlings and suck calves while on Monday evenings there are sales of heifers, bulls, dry cows, sucklers and sheep. In March and October there are additional Show and Sales each Thursday featuring bullocks, heifers and dry cows and there is also seasonal dairy sales on the Carrigallen calendar.
There is also a show and sale on the first Saturday in October of weanling bulls and, on the second Saturday of October there is a show and sale of weanling heifers.