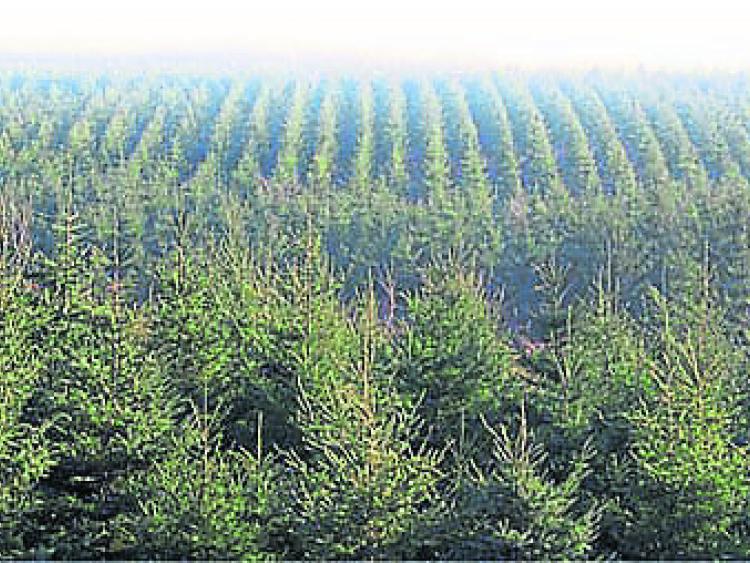 In a strong statement in the Dáil on forestry development Marian Harkin TD, repeating a statement of a senior EU official, said that Co Leitrim was a ‘national sacrifice zone for Sitka Spruce’.

Critically, what she described as a non policy for forestry, she told Minister Pippa Hackett that there was state aid, grant aid and tax incentives.

She hit out at a policy that called for more tree planting, "as if this would solve a problem without any consideration for the settlement pattern in the country".

Referring to the difference in afforestation in Scotland and France she pointed out that it existed in large swathes of uninhabited areas and not, as in Ireland, where land for planting was competing with space for people to live.

"While thousands of hectares of trees are being planted it is worth noting that in 2019 just two planning permissions were granted for one-off houses in the open countryside in Co Leitrim," she said.

She called for a forestry policy which catered for the needs of all of the parties involved.  There were those totally opposed to planting and those who fully supported it, but there needed to be a middle ground approach, she said.

The absence of a forestry policy was no longer sustainable, she said, as it prevented the middle ground position needed to accommodate the needs of those wishing to live in the countryside and those processing timber in companies like Masonite in Co. Leitrim.

"Equally we need to involve farmers and to promote agro-forestry especially under Pillar 2 of the upcoming Common Agricultural Policy," she stressed.

Supporting the Forestry Bill, proposed by Deputy Martin Kenny, Harkin said that there was a need to build a forestry model that was more sustainable, which attracted farmers, supported processors, was good for the environment and biodiversity and, finally, good for local rural communities.