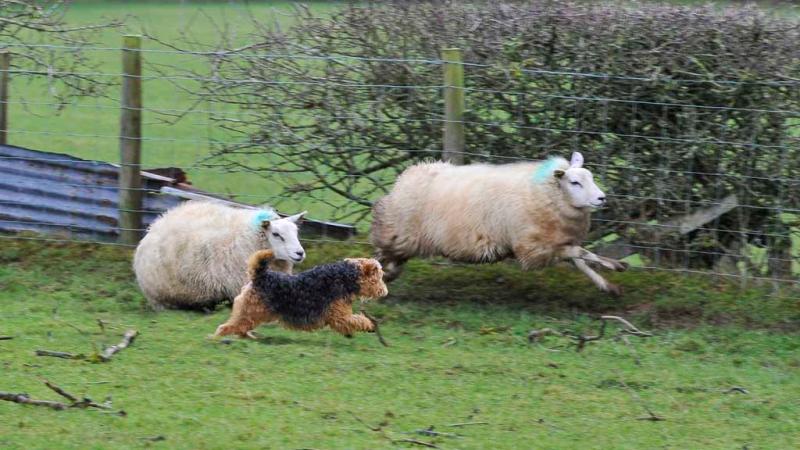 Acknowledging the launch of the responsible dog ownership campaign this week by Minister for Agriculture Charlie McConalogue and Minister for Rural and Community Development, Heather Humphreys, IFA sheep chairperson, Kevin Comiskey, said this is an important first step and must now be accompanied by better enforcement and more appropriate sanctions.

At this week's IFA AGM, Minister for Agriculture Charlie McConalogue committed to strengthen legislation in this area.

Kevin Comiskey said IFA launched the ‘No Dogs Allowed’ campaign last year and this campaign will continue until we see the strengthened legislation come into force.

IFA has clearly and consistently set out the needs in this area, which include;

- A single national database for all dogs in the country that identifies the person responsible for the dog.
- More appropriate sanctions for those found in non-compliance of the microchipping obligations of dog owners.
- More appropriate sanctions for those who fail to have their dog under their control at all times and for those whose dogs are identified worrying/attacking livestock.
- Additional resources to enforce and ensure compliance with the obligations of dog owners.

Mr Comiskey said the Ministers must deliver the strengthened legislation as a matter of urgency and have it in effect before year-end.

He said this is a critical time of year on sheep farms where dog attacks are causing unimaginable suffering for sheep and lambs and huge economic losses for farmers.

He said there should be no dogs allowed in or near farmland and he urged all dog owners to behave in a responsible way and respect farmers' demands.