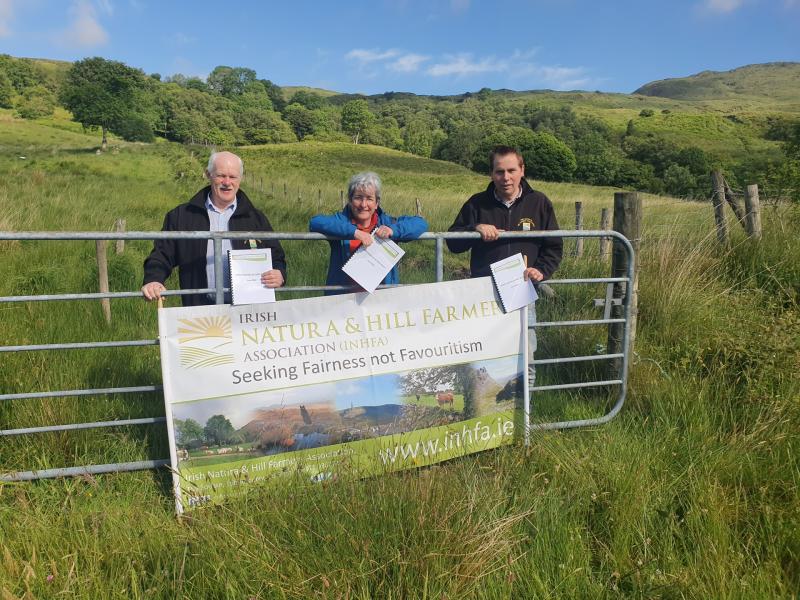 The Irish Natura & Hill Farmers Association (INHFA) have launched their policy paper on public access that calls for new legislation around dog control, public indemnity and a public education programme.

Speaking on this, National Vice-President Pheilim Molloy explained how the policies outlined are based on the outcomes from a survey conducted with the INHFA membership over the last number of weeks.

“While legislation such as this will clearly reduce the impact of stress and damage to farm animals such as sheep, it will also provide absolute clarity for anyone accessing our hills and reassurance to farmers and landowners in the event of non-compliance” added Molloy

With concerns around insurance also featuring strongly in our survey we have, continued the INHFA spokesperson “outlined the requirement for the Oireachtas to compel through legislation that anyone involved in accessing for recreational purposes property that is not theirs, to have private and public liability insurance. In proposing this we are conscious that other sectors of our economy could benefit through reduced insurance exposure which could be an added incentive” maintained Molloy.

Failing this we have, he added “also outlined how the Oireachtas could enact alternative legislation, ensuring anyone accessing farmland do so at their own risk and automatically waives the right to claim against the property owner.”

Beyond these recommendations the INHFA are also looking for public support to increase awareness around land ownership. On this the INHFA leader outlined the lack of awareness within the general public with regard to commonage lands.

“The simple concept that commonage land is private land held in common by a specific number of landowners, is something that members of the public and beyond are unaware of” stated Molloy.  There is, he continued, a need “for a public education programme to explain the rights of farmers and responsibilities of recreational users as well as acceptance from those promoting walking that there is a serious problem within public access that is leaving landowners vulnerable to abuse and harm.”

“A further issue the organisation outlined relates to possible damage of sensitive habitats as a result of the current free-for-all approach in relation to public access. For farmers on Special Areas of Conservation (SAC) and Special Protected Areas (SPA) high footfall on these sites is likely to cause damage that could impact directly on them” stated Molloy.  With a high percentage of our hills designated as one of these habitats there is, he stressed “a responsibility on the State to recognise this and act to protect both the sites and the landowner who owns it.”

Concluding, the INHFA Vice-President outlined how “these proposals will form the basis for our lobbying campaign with Oireachtas members, our County Councils and the wider tourism sector with the expectation that much-needed change can be implemented as soon as possible.”