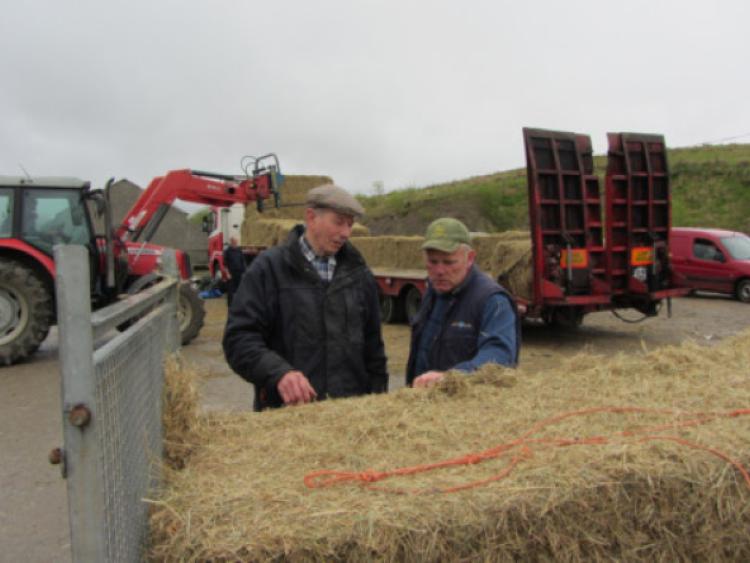 Essential fodder deliveries have continued to arrive in Co Leitrim over the last few days.

Essential fodder deliveries have continued to arrive in Co Leitrim over the last few days.

Late last week a delivery of hay sourced in England by the Irish Cattle and Sheep Farmer’s Association (ICSA) in conjunction with Manorhamilton Mart were distributed.

ICSA president Gabriel Gilmartin told the Leitrim Observer, “We will hopefully turn a corner soon with the good weather forecast for this week but the rain over the weekend has taken a further toll and we are not out of the woods  just yet.”

Over the course of the weekend ICSA and Manorhamilton mart took delivery of four  lorry loads of hay and distributed them among local farmers, and hope that more can be delivered throughout  this week.

Connacht Gold (soon to be known as Aurivo) has also been sourcing hay and haylage from Britain with 140 loads imported by the end of last week. The fodder was delivered to Connacht Gold stores in the five counties of Connacht, Donegal, Longford and Westmeath. On one day, 19 loads were delivered to stores in the west and north west.

A spokesman for Connacht Gold urged farmers in need of fodder to contact their local store and get their names on a list.

IFA President John Bryan said the association was now directing its loads arriving from France to the west and border counties, where there is a real crisis at this stage.

Over 80 loads of French hay have been delivered by IFA in the past week, and over 100 are expected next week.

He called on all co-ops to continue to source fodder wherever possible to assist the effort.