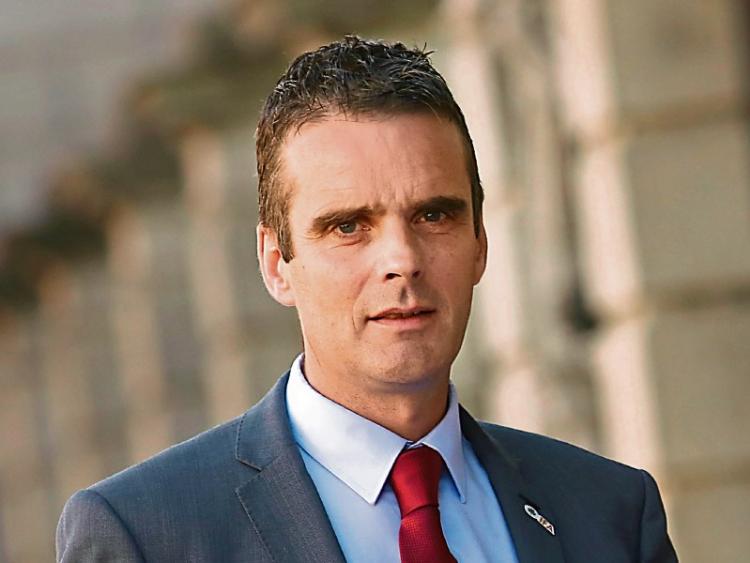 He said the change in sterling from 89p back to 84p in recent weeks is worth an additional 25c/kg in returns and all of this must be passed back to winter finishers. Mr Healy pointed out factories were quick to inflict price cuts when sterling weakened following the Brexit vote last summer.

The IFA President told the large crowd at the meeting that there is a real income crisis on livestock farms with average incomes at only €12,500 to €16,000. He said cattle prices below the cost of production can’t work.

“Teagasc has made it clear, over and over again, farmers need beef prices of €4.00 to €4.50/kg. For winter finishers, Teagasc has put the breakeven price alone at €4.36/kg for fattening Continental cross cattle this winter," he pointed out.

The IFA President also called for a stronger Government response to Brexit to assist exposed sectors like beef. He said the Brexit and exchange rate impact on beef prices have been severe and farmers have been forced to carry the can through loss making prices all autumn.

He said: “Brexit and the beef price fall is a market disturbance. The Government has to take this to Brussels and demand a positive response. This is what happened when Russia closed its borders and Brexit is a lot more serious for Ireland and our beef sector.”

IFA, he said, had worked hard to get the live trade to Turkey going and this has been a life saver for the weanling trade this Autumn.

In addition the recent shipment to Libya is also very positive. Mr Healy said it is the responsibility of the Department of Agriculture to ensure Irish farmers and exporters have unrestricted market access for the live cattle to all EU markets including Northern Ireland, Britain and continental Europe.

IFA National Livestock Chairperson, Angus Woods also addressed the meeting pointing out that IFA "has consistently raised farmer concerns about the lack of monitoring on carcase trim in the meat plants".

The IFA Chairperson went on to say: “We are demanding that the Department of Agriculture appoints AOs in each meat plant to be responsible for ensuring that farmers are getting a fair and accurate carcase trim”.

He called on the Minister and the Department to fulfil their responsibilities and commitment on this issue. He also called for action on the 30 month age limit.

“We have full traceability, we have quality assurance audits and we even have carbon foot-printing on all our beef. This involves major work and costs for farmers. We are meeting every consumer requirement asked of us. In total contrast, the European Commission is pushing to import more and more beef from North and South America, as part of TTIP and Mercosur, which meet none of these standards, " continued Mr Woods. He told Minister Doyle that Ireland must strongly reject any more beef imports and make this a red line issue in any trade deal with Mercosur or TTIP.

He said the flattening of payments in the Ciolos CAP Reform is proving to be a real income challenge on many livestock farms. “To maintain a strong suckler cow herd, IFA is very clear that we need increased direct supports of €200 per cow, which would put us on a par with the French.” He said coupled supports for vulnerable sectors such as sucklers and sheep are going to play a greater role in the CAP in the future. He called on the Minister to reassess the policy of the Department of Agriculture in this area, adding that with Commissioner Hogan in Brussels, Ireland needs to lead the way on this at European level," concluded Mr Woods.