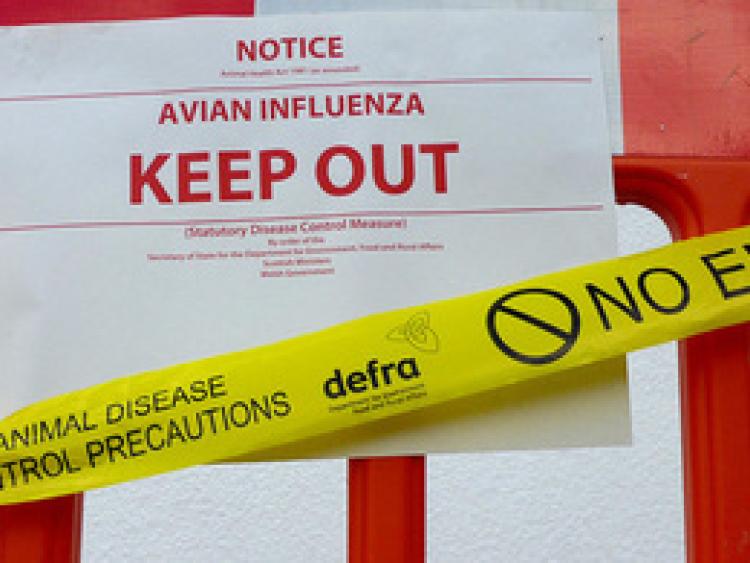 An outbreak of Avian Flu has been confirmed in England.

Irish flock owners are being urged to remain vigilant after an outbreak of Highly Pathogenic Avian Influenza H5N8 (bird flu) has been confirmed in a turkey flock near the coast in Lincolnshire, England.

The H5N8 subtype of avian influenza has been responsible for a number of outbreaks of disease in both wild birds and poultry in several European countries since the end of October this year.

Whilst the H5N8 subtype can cause serious disease in poultry and other birds, no human infections with this virus have ever been reported world-wide and therefore risk to humans is considered to be very low.

The Department of Agriculture has advised Irish flock owners to remain vigilant for any signs of disease in their flocks, maintaining strict biosecurity measures and reporting any disease suspicion to their nearest Department Veterinary Office.

An early warning system is in place with Birdwatch Ireland, the National Parks and Wildlife Service and the National Association of Regional Game Councils with regard to surveillance for signs of disease in wild birds. The Department continues to closely monitor and assess the disease situation and maintains close contact with their counterparts in DAERA on the matter.