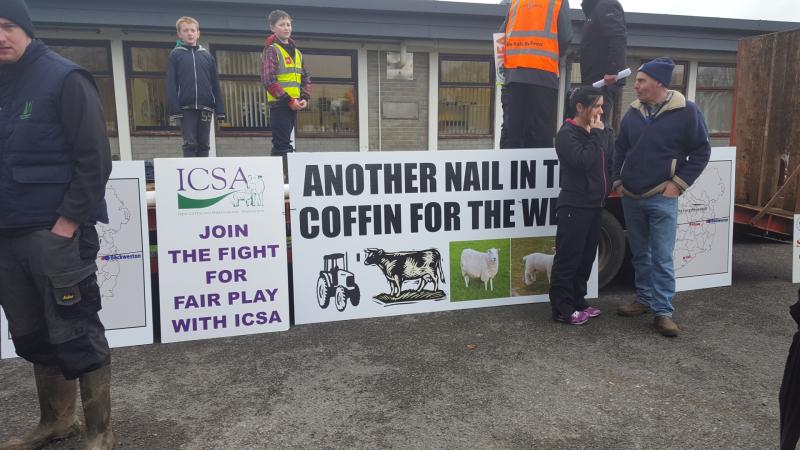 ICSA Sligo Chairperson, Gabriel Gilmartin, has criticised the Department of Agriculture’s failure to prioritise rural Ireland during its review of the six Regional Veterinary Laboratories.

Speaking to the Leitrim Observer following a meeting with Department officials at the Sligo facility Mr Gilmartin said “ICSA is opposed to centralising everything in Dublin. Jobs, water and now dead animals are being moved to the Dublin region. If we can’t rely on the Department of Agriculture to protect vital resources in rural Ireland, who can we rely on? It also goes against everything the government set out in its recent Action Plan for Rural Development.”

Continuing Mr Gilmartin said “The movement of dead animals should be kept to an absolute minimum. It facilitates the spread of disease more than anything else. It’s a ludicrous proposal to ship dead carcasses around the country when the job can be done just as efficiently locally and with quicker diagnostic times. The officials we met acknowledged that there were currently black spots in services in parts of counties Donegal, Louth, Monaghan and Kerry. If this closure goes ahead there will be black whole counties, if not provinces.”