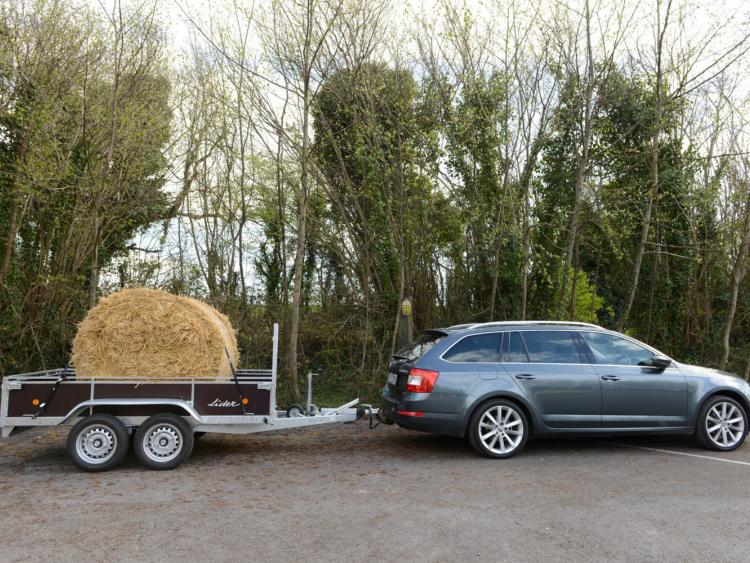 New regulations for the use of agricultural vehicles on the public road “could cripple people” according to one Leitrim Councillor.

Cllr Caillian Ellis called the new regulations “ridiculous” and commented “the people bringing this in have never pulled a trailer in their lives.”

New regulations for the use of agricultural vehicles includes lights, markings, etc as well as the towing capacity of all vehicles, including jeeps and cars.

Maximum towing weights are being explained to farmers at safety demonstrations being held around the country by IFA and the Gardai.

At a number of demonstrations in the South of Ireland Gardai are using a weighbridge to demonstrate the legal requirements and how to assess them.

At a Ballinamore Municipal meeting in July, Fenagh's Cllr Ellis hit out at recent national articles about farmers and the weight of their trailers.

He explained “Say you have a man from Kiltubrid travelling to Drumshanbo with a 3 tonne trailer. If the load is over 3 tonne he needs to do two loads.”

He said this is “ridiculous” and proposed Leitrim County Council write to the Minister for Transport.  He said the people writing these regulations “do not fully understand that a half full trailer is a lot worse than a full one.” He stated, “a half full trailer could be lethal.”

“The people bringing this in have never pulled a trailer in their lives.”
He informed council members the new regulations and checks could “cripple people.”

Cllr Ellis said he has met with Deputies Eamon Scanlon and Marc MacSharry to discuss the issue and called on Sinn Féin and Fine Gael to do likewise with their TDs.  “This has to be stopped,” he announced.

Independent Cllr Gerry Dolan supported Cllr Ellis' request to write to the minister and said “nobody puts on a load too heavy for their vehicle.”

Both councillors said people drawing trailers are driving slowly and are not dangerous.

The RSA are also going to be checking licences of those driving trailers, Category B driving licence allows you to tow a small trailer of a combined weight of vehicle and trailer of 3,500kg. A Category BE is needed to drive any vehicle weights over that.