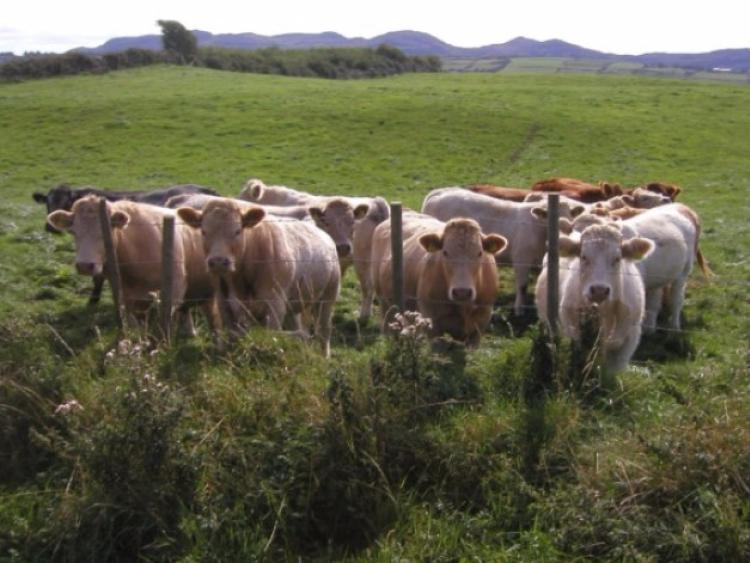 IFA National Livestock Chairperson, Angus Woods, said cattle supplies at the meat factories this week are tighter than anticipated and factories are finding it more difficult to cattle at the lower quoted prices.

Mr Woods said demand for beef in the main markets remains strong and it is clear the factories need the cattle.

He said, “A few weeks ago cattle supplies were over 33,000 and prices were running at €4.10/€4.20 for steers and heifers, and market demand has not slackened since.”

The IFA livestock leader accused the factories of undermining the beef market with unnecessary cattle price cuts geared at eroding confidence at farmer level. He said the factory price cuts of 20c/kg over the last three weeks have squeezed out any profit for farmers in the low income beef sector, where average incomes for 2016 were reported at only €16,853 including direct payments.

He said the factory price cuts are not justified based on market returns, pointing out that cattle prices in our main market in the UK are equivalent to €4.39/kg. In addition, he said there is no beef in stock. EU and international markets are stronger than last year and hide and offal returns are also higher. Last year, there was a serious overhang of beef from the cull in the EU dairy sector, which is not the case this year.

On supplies, Mr Woods said the increase in the kill to date, lower carcase weights, and the increase in live exports, will leave cattle supplies tighter than anticipated for the second half of the year.

The IFA Livestock Leader said the Minister for Agriculture, Michael Creed and the Competition and Consumer Protection Commission (CCPC) cannot continue to ignore what is happening on cattle prices over recent weeks. He accused the factories of using reverse market economics by employing prices cuts to force cattle out. "Nobody can explain how strong market demand for beef is resulting in lower cattle prices back to farmers," he said in conclusion.