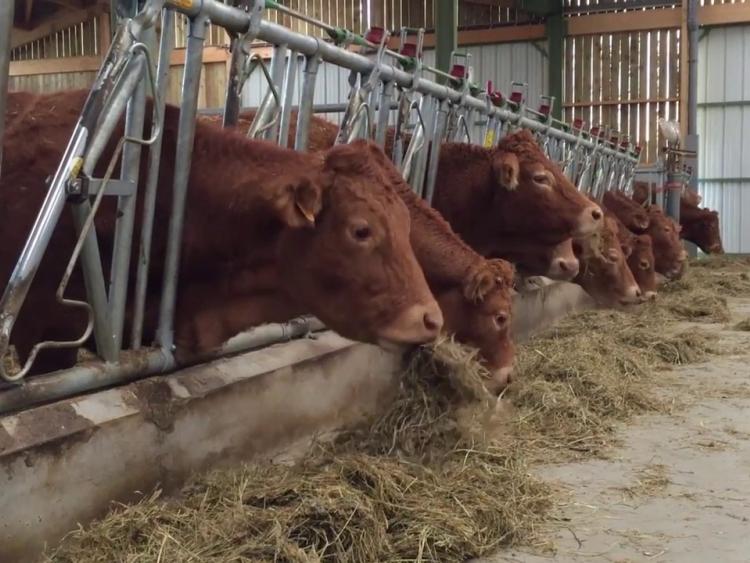 Some stock have been back in sheds since August.

Co Leitrim farmers are being forced to sell stock due to insufficient fodder resources and more are facing problems with feed supplies over the coming months because of poor silage harvests.
Poor weather conditions have left many farmers with little option but to house stock months earlier than usual, using up already scarce fodder resources.
James Gallagher, Leitrim IFA County Chairperson, has called for an Areas of Natural Constraints (ANC) Scheme top-up to assist farmers.
At the October meeting of Leitrim Irish Farmers' Association (IFA) County Executive representatives said IFA should look for an immediate top-up on payments.

Mr Gallagher went on to say many farmers are having extreme difficulty in conserving essential fodder for their animals and financial support is needed in order to allow them to purchase much-needed supplies.
“In addition, many have been forced to house their animals much earlier than normal, thereby using up already scarce fodder that will be needed later in the year,” he added.
“Some farmers in the county have their cattle in since early August. Many farmers have no fodder and others (made) no second cut of silage.
“There may well be a need for a separate fodder scheme to address the current crisis, however, the ANC Scheme provides a quick and efficient way of getting support to those farmers who are most in need,” he said.
Mr Gallagher points out financial supports will also ease pressure on farmers being forced to sell animals due to insufficient fodder, sales which are also having a negative impact on beef prices.
Leitrim IFA Executive is calling on the Government to ensure all direct payments to farmers are paid on time. The Executive is also asking banks to re-structure loans to ease repayments.
Mr Gallagher is advising farmers to contact their local Teagasc Advisor to work out a feed plan for the winter months in a bid to avoid further difficulties.
IFA is continuing to call for flexibility to ensure farmers who need to spread slurry this winter, are not penalised and IFA is writing to both the Departments of Agriculture and Local Government to highlight this problem in advance of the deadline this week.