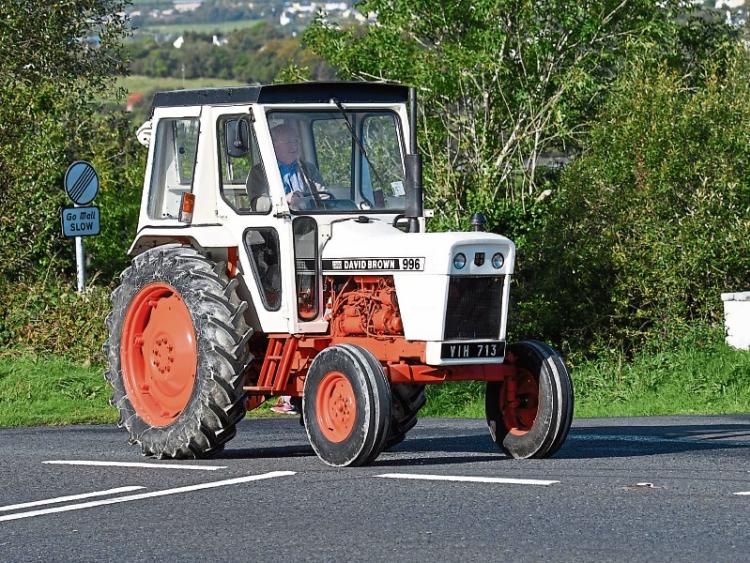 IFA has secured a commitment from the Department of Transport that there will be full negotiation with the IFA and other key stakeholders ahead of the implementation of any aspects of a roadworthiness test for tractors.

Earlier this year, when IFA raised farmers’ concerns on the issue, Minister for Transport Shane Ross gave a clear commitment that ahead of the drafting of any national regulations on tractor testing, the RSA would engage with key stakeholders affected. This did not happen and Minister Ross proceeded to sign the relevant Statutory Instrument into law last month without any consultation.

Following the meeting, IFA President Joe Healy said, “There was an acceptance that the consultation process promised to IFA will now take place in full with all aspects on the table. We will now get down to negotiations with the Minister and the Department to ensure that normal farming activities are excluded from tractor testing. We expect all tractors used for farming and for bringing farm produce and raw materials to and from the point of sale will not be subject to testing.”

Liam Dunne, IFA National Grain Chairperson, welcomed the Department’s commitment, saying it is very important that the realities of farming and the obligations farmers already face are taken into consideration.

He said, “Famers are legally required under the Safety, Health and Welfare at Work Act 2005 to ensure that brakes, handbrake, mirrors, lights, indicators, wipers and hitches are all in working order. There is no need to duplicate the requirements imposed on farmers.”

Thomas Cooney, IFA Environment Chairperson said many farms are divided into several parcels, with outfarms some distance away common place.

“The majority of farmers are not involved in commercial haulage and are not getting paid for transporting their livestock to marts and factories, which are often some distance away. Once farmers are compliant with the 2005 Act, this should be sufficient and should not be duplicated by the Department of Transport," he pointed out.