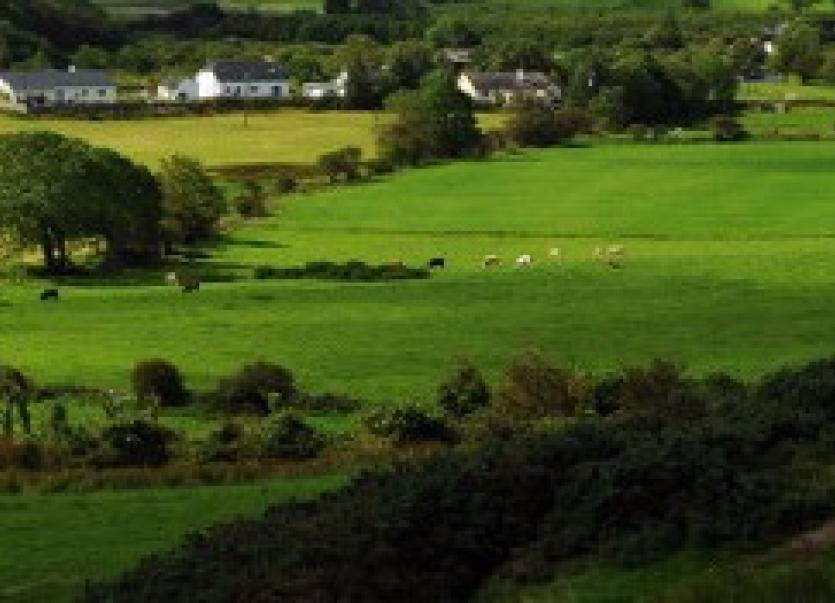 Irish agricultural land prices look to be rebounding somewhat, as the average price of land nationally was up 0.5% in quarter three of 2017 according to an analysis carried out by Sherry FitzGerald Research. Average prices for farmland are now converging around €9,550 per acre nationally.

This slight increase in the quarter is reflective of recent national market trends, with average prices up 0.8% in the nine months to September. However, this bounce back in prices has not been even across the country, with some degree of price volatility occurring within individual regions.

Anecdotal evidence would suggest that the agri-land market is picking up again, following a difficult year in 2016, during which prices fell by 3%. This sizeable decline was primarily caused by waning milk prices and profitability in the dairy industry.

However, confidence has returned to the sector as milk prices have recovered over the past year, partially on the back of surging butter prices, and as milk production continues to expand. This increase in produce prices has induced agricultural land prices to inch back up.

Price growth in the agricultural land sector appears to be led by prime arable land at present, although all three of the major agricultural land types recorded price growth in the quarter. Prime arable land was up 0.8%, with prime grassland and marginal grassland up slightly at 0.5% and 0.1% respectively. After these increases, the average price of prime arable land nationally stood at approximately €11,500 per acre. The price of prime grassland and marginal grassland stood at approximately €10,700 and €6,500 per acre respectively at quarter end.

Undertaking a regional level analysis, market activity looks to be trending in a much less uniform manner. The South-West, 2.0%, and the Midlands, 0.7%, recorded the largest price inflation, with the average price of farmland in these regions standing at €10,100 and €8,250 respectively by end of quarter.However, general farmland in the West documented a 0.8% reduction for the quarter, with prices dropping to approximately €6,650 per acre.

This mixed bag of activity across the country for quarter three 2017 is consistent with longer trends seen in agricultural land prices. A twelve-month perspective of market activity within the regions produces similarly varied results. In the twelve months to September 2017, the Border region, at 1.8% and the Mid-West, at 1.0%, experienced tangible increases to the price of farmland, while in comparison, the Mid-East, South-East and West regions all registered price falls in the range of 0.7-0.8%.

In general, as milk prices continue to grow and butter prices hold at record highs, increased revenue may entice dairy farmers to increase production and thus increase their land holdings. As such, we could see a moderate lift in land prices in the final quarter of this year and into 2018. However, this price inflation may not materialise in full as farmers may be cautious about expanding production given the uncertainty that continues to surround Brexit, in addition to the long-term concerns regarding reform of the CAP in 2020.

Commenting on the overall market, Roseanne De Vere Hunt, Head of Sherry FitzGerald Country Homes, Farms and Estates, said, “A slight increase in land prices again this quarter is positive, following the reduction witnessed last year. The improvement is mainly driven by the increase in milk prices and some optimism in the national economy. However, farmers remain cautious about expanding, due to potential effects of Brexit and the CAP reform in 2020."