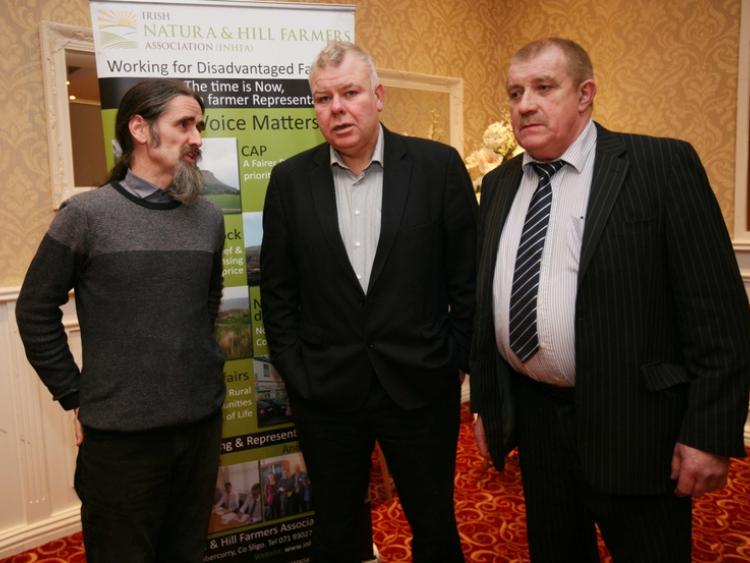 Speaking after the Irish Natura and Hill Farmers Assocition (INHFA) conference in Carrick-on-Shannon, convened to discuss the expansion of forestry in the western region, MEP Luke Ming Flanagan said that the core policy objectives of the forestry strategy must be reassessed and redirected.

The forestry program of 2014 - 2020 set the roadmap for the issues now coming to the fore and Mr Flanagan notes that, for the first time ever, non-farmers and institutional investors were given the same level of premium support as the farmer.

"This equates to, in some instances, a premium increase in excess of 200% to non-farmers," he said.

"This coupled with the eroding of environmental schemes in Rural Development has driven the hidden agenda of the last two administrations in relation to land use in the west of Ireland. The overarching policy of substantial expansion of the dairy industry with a corresponding increase in forest cover to offset increased agriculture emissions must be questioned and challenged.  It is unjustifiable to continue down this road permanently altering the landscape and depopulating the area stated the MEP.  In addition the manner in which this is being carried out, a foreign company is brought in, given access to EIB finance at preferential rates raises its own questions," he added.

"Have the Department taken account of the EU’s Strategic Environmental Assessment Directive when implmenting this forestry program?" asked Mr Flanagan.

He notes the Department of Agriculture, Food and the Marine, as the programming authority, must assess the likely significant effects of its plans and programmes on: “the environment, including issues such as biodiversity, population, human health, fauna, flora, soil, and water including “secondary, cumulative, short, medium, and long-term, positive and negative effects”.

"Given the obvious breach of this regulation and lack of consultation thus far it is unhelpful and disingenuous of others to claim the farmers legitimate concerns will be addressed in a “review” of the program.  A review has already been undertaken in 2017, NGO report that detailed submissions they submitted detailing the concerns now being raised were completely ignored, farm families deserve better that empty promises," he said.

"This deliberate manipulation of land use must end, and the integrity of our rural areas must be maintained and supported equally.  Farm supports must give the farmers options as to which type of enterprise they wish to engage in not skewed in a manner which drives farmers down a cul-de-sac leaving them with only one option," concluded the MEP.