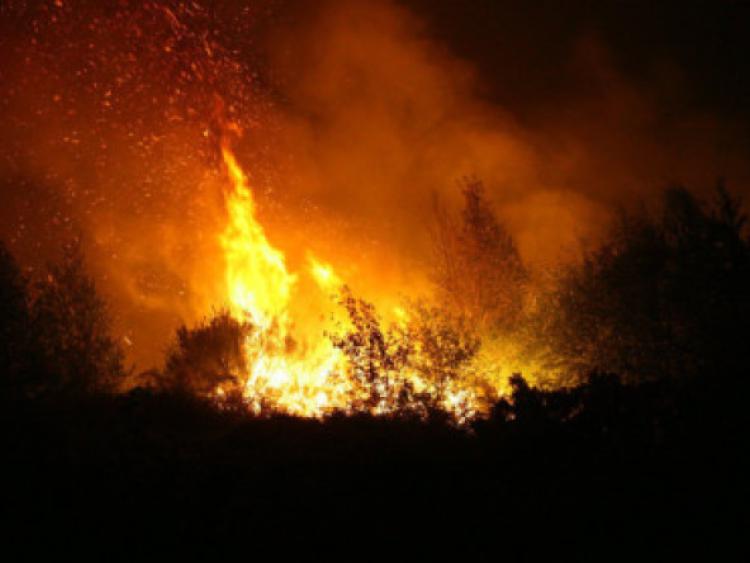 A series of National Fire Training Days are due to take place around the country over the coming weeks.
The campaign launch heard that in an effort to reduce forest fire incidents, the public are being urged to be vigilant and report fires as soon as possible. Meanwhile land owners are being reminded that burning vegetation on land not yet cultivated between March 1 and August 31 each year is an offence.
Mick Power, Coillte National Estates Risk Manager said, “At the start of spring there is often a lot of dead vegetation accumulated from last year. This material can dry out quickly when there are bright sunny days, high temperatures and low humidity levels, which can greatly increase the risk of fire.
“We are appealing to the public to be vigilant and most importantly to report forest fires in a bid to protect the countryside, its wildlife and residents.”
2017 was an exceptional year for forest fires in Ireland with 85 separate fire events on Coillte property alone, which affected more than 1,700 hectares of forestry and 2,000 hectares of bog.
The cost of fighting these fires as well as the loss of standing timber was significant.
“This process is very challenging as significant work is required to remove burnt material and prepare the lands for reforestation. Most areas will be fully replanted while others may be converted to biodiversity and nature conservation areas with the agreement of the Forest Service,” said Mr Power.

7 Steps to Reduce Fire Risk
1. Do not light fires in or near woodland.
2. Ensure you have a current fire plan for your forest.
3. Work with neighbours. Co-operation is vital to achieve successful fire prevention.
4. Be vigilant. Forest owners should be particularly vigilant following dry weather.
5. Check Fire Breaks and Access Routes
6. Insure your crop.
7. Report Losses. If a plantation is destroyed or damaged by fire, the incident should be reported to the nearest Garda Station and to the Forest Service.

Further National Fire Training Days events are planned for Avondale, Co. Wicklow today, 28th of February, in Woodford, Co. Cork on March 6th and a Sligo date yet to be confirmed.