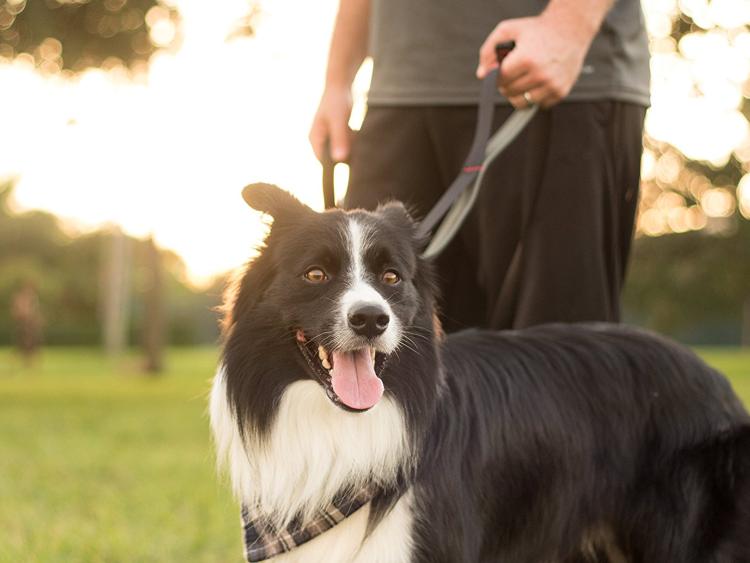 Dog owners must ensure their dog is on a lead at all times while out walking in the countryside.

Irish Farmers' Association (IFA) National Sheep Chairperson, Sean Dennehy, is calling on walkers enjoying the countryside this Easter Bank Holiday, to ensure their dogs are kept on a lead at all times.

Easter is traditionally a busy time and there will be a large influx of walkers in the countryside, many with dogs.

“Walkers and dog owners must be aware that Easter is a very busy time on farms with lambing and calving and there is no place for uncontrolled dogs roaming through fields of sheep or cattle,” Mr Dennehy said.

“Walkers allowing dogs off the lead to run wild in the countryside, where there are ewes and young lambs, can create mayhem leading to mismothering and significant lamb losses. The message to walkers is clear: be responsible - keep you dog on a lead and under control at all times.

“Owners can be held responsible for any losses involved in dog attacks, with serious financial and legal consequences. Farmers have a right to protect their sheep flock and can shoot a dog that is worrying, or about to worry, their flock.”

All dogs must be microchipped under the law but, according to the Department of Agriculture only 85% of dogs are microchipped.

Mr Dennehy said a single database must be introduced with controls on change of ownership so all owners are held accountable, “To make microchipping effective, Minister Creed must pull together a single database to properly control ownership. Greater resources are also needed for the dog warden service.”

He called on Minister Creed and the Department of Agriculture to launch a major publicity campaign on responsible ownership. He said a major TV, radio and social media campaign is required to get the message across to the 800,000 people with dogs in Ireland.

Statistics collated by IFA indicate that the problem of dog attacks on sheep may be in the order of 300 to 400 attacks per annum, with 3,000 to 4,000 sheep injured and killed. Data on dog attacks gathered by the IFA shows an average of 11 sheep killed or injured per attack.