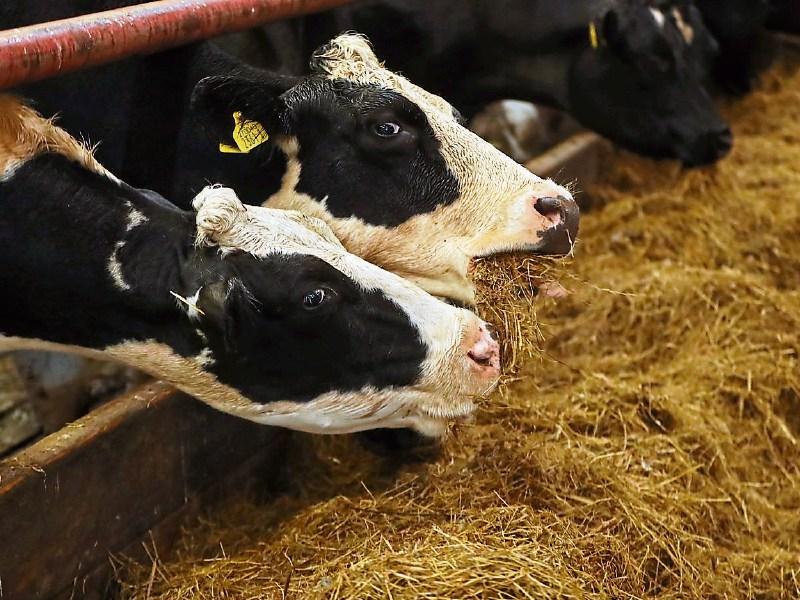 Criticism continues to mount about the 'failure' of Minister for Agriculture, Michael Creed, to listen when he was advised of a looming fodder crisis late last year.
At Monday's Manorhamilton MD meeting, councillors across the parties expressed their disappointment at the response of the Minister to the crisis.
Sinn Féin councillor Padraig Fallon put forward a motion calling on the Minister and the Department of Agriculture to immediately implement a Fodder Aid Scheme in the form of a voucher for meal, nuts or ration.
“I don't honestly believe the (Fodder Transport Scheme) is working. What's required here is aid in the form of a voucher for meal nuts or ration,” he said.
“This situation didn't just happen out of the blue. Farmers were warning about this as far back as last November,” he said, pointing out that a meeting organised by the Irish Natura and Hill Farmers Association (INHFA) had over 1,000 farmers at a meeting last year warning about fodder shortages.
“We're fortunate here in Leitrim that co-ops and stores are working with farmers and extending credit to many. We need no more half measures. Minister Creed needs to act now.”
His comments were supported by Cllr Justin Warnock who pointed out a voucher system would have “saved a lot of the mess” we are now seeing as well as minimising the human and psychological costs of the crisis.
He warned that, unless steps were taken this crisis would be a problem next year as well.
Cllr Mary Bohan also expressed her frustration at the situation.
“Cllr Paddy O'Rourke was the first to raise this at county council level last year. It is only when this became a problem in the south of Ireland that the Minister actually woke up,” she said.
Cllr Sean McDermott agreed something has to be done adding it “seems this is something that will happen every year.
“We have a weakness here with soil so this area needs more attention. A multi-department solution is what's required going forward.”
Chairperson of Manorhamilton Municipal District, Cllr Frank Dolan, acknowledged that Minister Creed has “dragged his feet” on the fodder crisis.
“We met with him in the Bush Hotel in February and he took out his phone and said 'look at the amount of fodder available online'.
“He just refused to listen to us then,” said the Manorhamilton Municipal Cathaoirleach.
He warned that moves to import fodder stocks will be of little benefit to farmers here in Leitrim observing “what's being imported will be snapped up in the south of the country and we won't see any of it up here.
“If more isn't done there will be a knock on effect w2hich will run into another crisis next year. The reality is that a voucher scheme (for meal) announced in January or February this year would have allowed farmers to stretch fodder stocks further and would have reduced much of the difficulties being experienced on farms now,” he added.