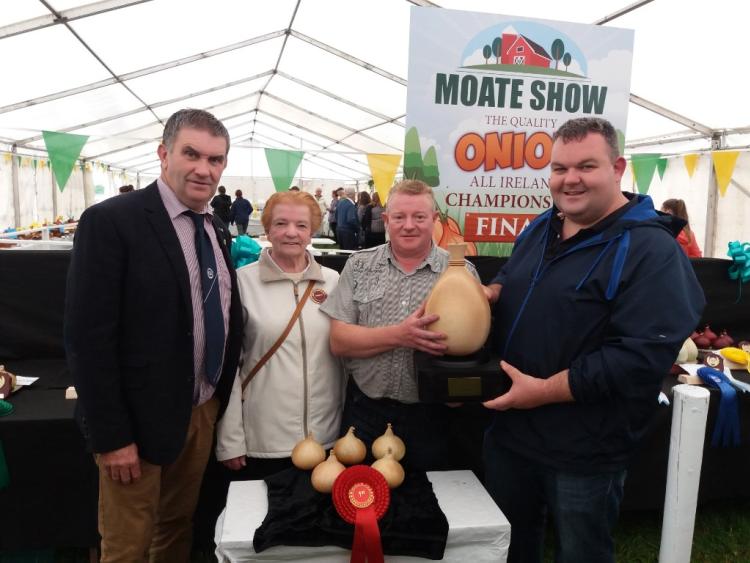 Micheal was named as the first winner of 'The Quality Onion' All-Ireland Championship at Moate Agricultural Show.

Micheal (second from right) is pictured being presented with his prize, a trophy carved out of wood in the shape of an onion by Jim Harrison (Irish Shows Association), Angela Jordan (Moate Show Secretary) and Raymond Higgins (trophy  sponsor).