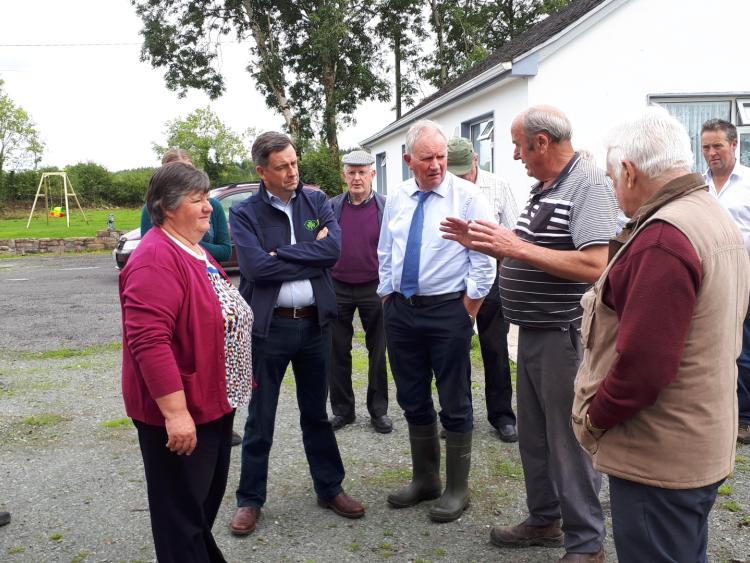 One south Leitrim farmer has criticised the increase of afforestation in Leitrim claiming it is a form of “ethnic cleansing.”
“As far as I’m concerned what they are doing is they are clearing the indigenous people of Leitrim off the land and it’s government policy. That’s the truth, it’s ethnic cleansing. Nothing short of it,” Jim McCaffrey told the IFA Director General, Damian McDonald when he visited his home last week.
Located near the shore of a lake, Jim pointed out that he is all but surrounded by forestry plantations of Sitka Spruce at various stages.
And, with the requirement for all land in forestry to be replanted once felled, Jim says he can see very little cause to hope that things will change for the next generation.
“That,” he said, gesturing to the surrounding farmland, “is Sitka Spruce and it is not sustainable forestry. That’s a 35 year crop. Sustainable forestry is 100 years old. And they start to thin it in sections and replant it in sections and by the time you have it thinned your original planting has grown back. What they are telling us is a lie. That's not sustainable,” he said.
Jim argues that the present system allowing anyone - whether they are farmers or not and whether they are living here in Ireland or not - to plant and claim tax free payments for forestry, is “completely wrong.”
“I am involved in Save Leitrim. I am one of the founding members and I can tell you now that we will accept nothing less than a full stop (for Sitka Spruce forestry). It is not negotiable to have this whole county decimated.
“If you take out your roads lakes, rivers and your areas of special conservation then there is 50% of remaining land in Leitrim that is forestry. It is gone and will never be farmed again.
“That's just another area where you won't have people farming and living ever again. It is just depopulation and it is government policy and it should not be allowed,” he maintained.