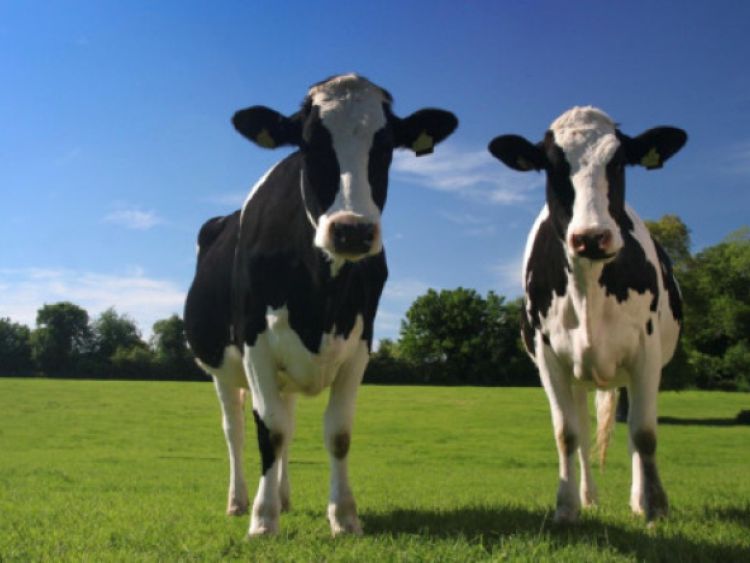 The IFA President has stressed the outcome of an EU debate on the future of dairying must not derail the expansion of the Irish dairy sector.

The IFA President has stressed the outcome of an EU debate on the future of dairying must not derail the expansion of the Irish dairy sector.

John Bryan has laid down a clear marker for the Minister for Agriculture Simon Coveney: market supports must be retained and there can be no movement away from the decision to get rid of quotas in two years time.

“The Irish Government must look to other Member States for support for our position, and build alliances against the proposals to restrict output put forward by the French rapporteur in the European Parliament, Michel Dantin,” Mr Bryan told the Leitrim Observer  earlier this week.

“Farmers have a positive outlook and a strong commitment to develop their farm, but plan to do this prudently. Among the challenges ahead are the volatility of milk prices and input costs.”

On the volatility issue, solutions will have to be developed to help farmers manage a more variable income, which may include tax-related options and an increased prevalence of fixed price contracts from milk purchasers among others, said Mr Bryan.

“It is of course essential that banks recognise the reality of volatile farmers’ incomes, and step in to provide better financing solutions for cashflow as well as investment,” he added.

He urged co-ops to boost their suppliers’ confidence, and their ability to repay the massive feed bills they still owe the co-ops’ own merchant services, by announcing that they will maintain their milk price at 38c/l till next Spring.

“With global markets still influenced by constrained supplies, and despite rising US production, all eyes are on the New Zealand early season to assess how the supply/demand balance might evolve in the second half,” he said.

“The current outlook for global dairy markets for the rest of 2013 augurs  very well for the sustainability of producer milk prices of around 38c/l for several months at least.

“I urge co-ops to signal this to their suppliers to boost their confidence and help them deal with outstanding input bills,” he concluded.