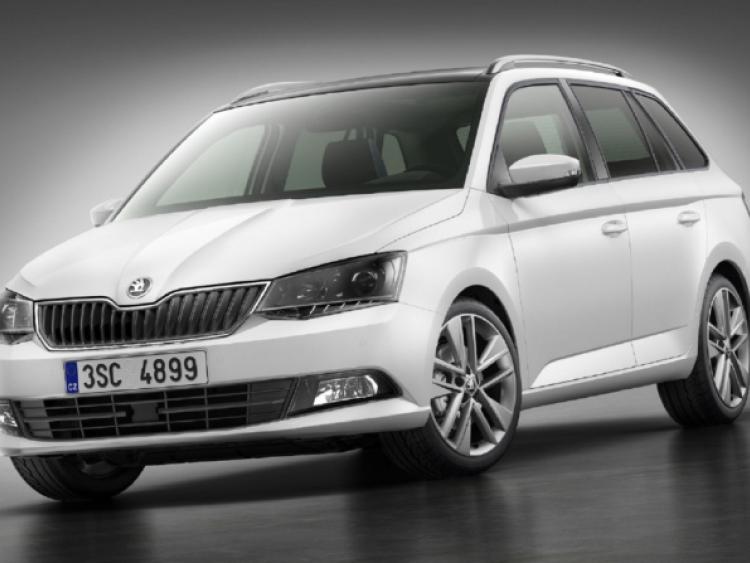 The new Skoda Fabia Combi, presented alongside the brand new Fabia at the Paris Motor show in September was launched in Burns Car Sales, Sligo this week.

The new Skoda Fabia Combi, presented alongside the brand new Fabia at the Paris Motor show in September was launched in Burns Car Sales, Sligo this week.

Prices for the new Fabia Combi have been confirmed with all model variants receiving specification enhancements with some model versions even decreasing in price. The entry price to the Fabia Combi is €15,495 for the 1.0-litre, 75bhp Active. The direct price comparison over the new Fabia hatch model remains at only €700.

Since its debut back in 2000, over 3.4 million Fabia vehicles have been sold worldwide with 1.1 million in the Combi range. Skoda, having traditionally held the number one slot in this segment in both Ireland and Europe, plans to continue this trend with the new third generation model.

The new Fabia’s style echoes that of other models in the Skoda range and hints at the future direction of the Skoda Brand. Compared to its predecessor the new Fabia Combi is in fact longer by 10mm and more impressively 90mm wider which helps the Fabia Combi to achieve class leading luggage capacity of 530 litres, 200 litres more than the hatch (also class leading).

The exterior style is enhanced by reducing the height by a full 31mm meaning the vehicle has improved both styling proportions and road handling.

In addition to cosmetic changes the Fabia Combi receives a completely new line-up of petrol and diesel engines coupled to manual and DSG transmissions. The entry to the range is the petrol 1.0-litre MPI, 75bhp with turbo charged 1.2-litre TSI 90bhp and 110bhp also in the offering.

The new Fabia is derived from the coveted MQP platform from the Volkswagen Group resulting in exceptional driving dynamics and efficiencies.

The Fabia is in fact 55kg lighter than its forerunner and that contributes to CO2 and Fuel Efficiency savings of up to 17% in the entry petrol offering. The most fuel  efficient diesel delivers  on average 3.4 l/100km  (83 mpg).

Speaking in relation to the new Fabia Combi, Hugh Delaney, Product Manager, Skoda Ireland said “The dramatic new styling of the Fabia Combi has not reduced but increased the room and functionality of the car, something Skoda customers have always valued. Skoda has persisted with an intense focus on the Combi models, not just the Fabia but also Octavia & Superb Combis.

“These cars are very popular internationally as the Estate body type is often favoured over Saloon or Hatch in continental Europe. The Combi offers so much in space and has the same styling as the hatch and I think we will see a great deal of our old model hatch customers buying a Fabia Combi for the first time.”