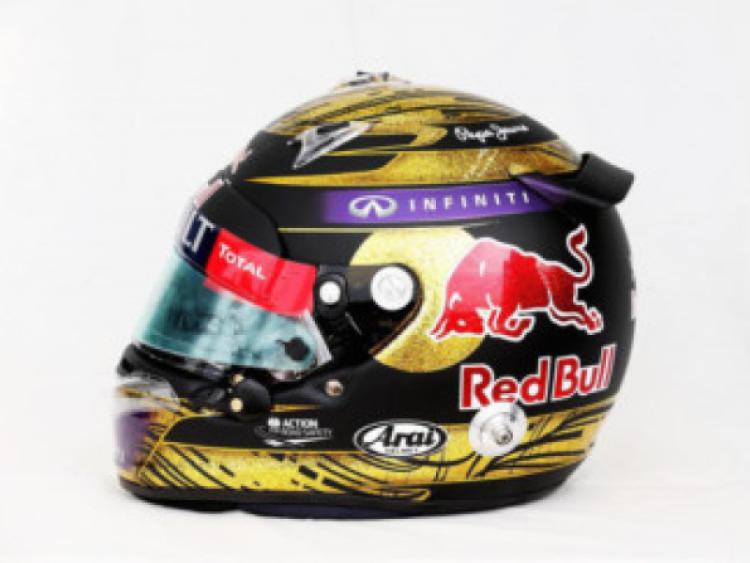 Signed by Formula 1 by Vettel himself, his helmet by Arai was designed around Germany’s national colours and worn during the Nurburgring Grand Prix race weekend this year - where Vettel celebrated his first home victory.

As well as being a popular item with attendees at the Bonhams Oxford auction room today (9 December), the internet and six phone lines were jammed with bidders from all over the world who were eager to take home the prized helmet, for which proceeds went to spinal cord research charity, Wings for Life.

Auctioneer, Toby Wilson, eventually put down the hammer with a final price of £72,100 to an overseas buyer.

This is in addition to the James Hunt Bell helmet worn by the Formula 1 Champion during his championship of 1976, which sold for £37,500.

Also in aid of Wings for Life, a signed Mark Webber helmet by Arai went for a massive £17,500.

Toby Wilson, Head of Automobilia at Bonhams, said: “These helmets represent the very best of Formula 1 and to be able to offer these items at auction today was exciting for everyone involved.

“Not only did we achieve a world record auction price for a helmet but it is made all the more meaningful by the fact the money is going to a very worthy cause.”