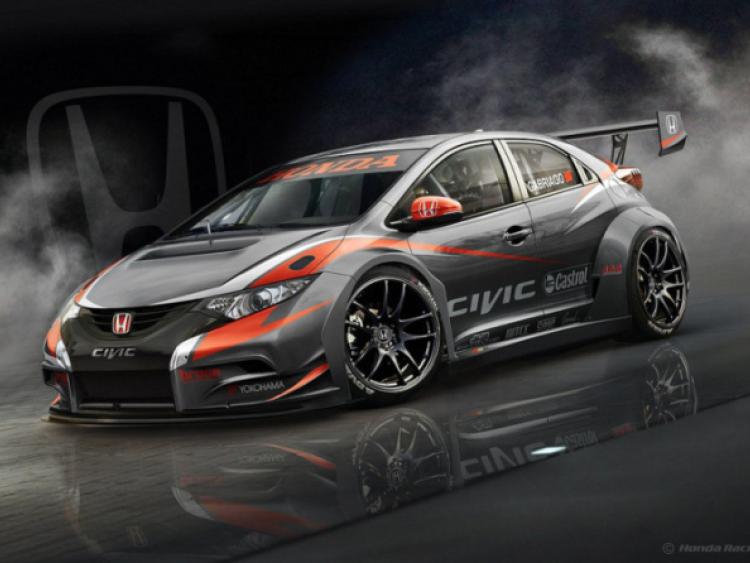 The first is the Civic WTCC, the 2014 World Touring Car Championship challenger which reflects the all new technical regulations for the FIA WTCC which will come into force for 2014. The second is the Civic Tourer BTCC, the 2014 British Touring Car Championship challenger, based on the upcoming Civic Tourer, this will be only estate car on the BTCC grid for next season.

In the WTCC, two works cars will be run by JAS Motorsport for Gabriele Tarquini and Tiago Monteiro with further Civics to be entered by private outfits Zengo Motorsport and Proteam Racing for Hungary’s Norbert Michelisz and Moroccan Mehdi Bennani respectively.

Meanwhile, for the BTCC, Honda Yuasa Racing will take new Civic Tourer to the track in 2014 Dunlop MSA British Touring Car Championship. The same championship-winning team and driver line-up of Gordon ‘Flash’ Shedden and Matt Neal have their sights firmly set on a clean sweep of titles after the Honda Civics secured both the teams’ and manufacturers’ crowns for the fourth year in a row with Matt and Flash narrowly missing out on the drivers’ crown in the 2013 season.