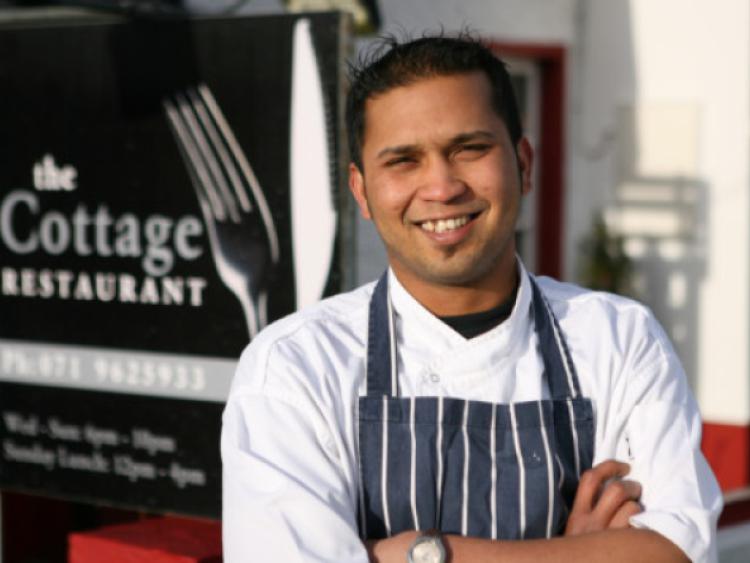 Acclaimed Jamestown chef, Sham Hanifa, has been named in the Bridgestone Guide’s Top 10 Hot Chefs for 2013.

Acclaimed Jamestown chef, Sham Hanifa, has been named in the Bridgestone Guide’s Top 10 Hot Chefs for 2013.

Sham came in at number six in the top 10. The accolade is the latest in a string of honours for Sham who opened The Cottage Restaurant in 2008.

Since then Sham has earned a reputation as a cult chef, with unique menus based on a fusion of European dishes created with an Asian twist.

Sham prides himself on using on the freshest of locally sourced ingredients admitting it’s something he is “very focused on”.

Taking this philosophy to the next stage he is now working on creating a garden at the rear of his premises which will contain not only freshly grown herbs and vegetables, but also edible flowers and salad leaves as well.

“I wanted to have a garden where my customers can come and see where we source some of our ingredients from. The idea is not only to show the emphasis we place on food from garden to plate, but also to help educate people about

Although Sham already had some capacity for growing produce for his restaurant before this, with the assistance of Mary Maguire from Attirory Allotments, he is working to greatly expand the capacity of his garden. Their hard work is already beginning to pay off and it is expected that all groundwork and initial planting will be complete by the end of this month.

“I think that Irish people are now more adventurous than then used to be about food but there is a growing interest in knowing just where the food you eat is coming from. People want to know that food is not only traceable, but also locally produced,” notes Sham.

The award winning chef also believes in changing his menu to reflect what is in season.

“I change my menu every three months. I like to reflect what produce is in season and I like to challenge myself to create something different for my customers. This is something I love. I wouldn’t do this if I didn’t.”