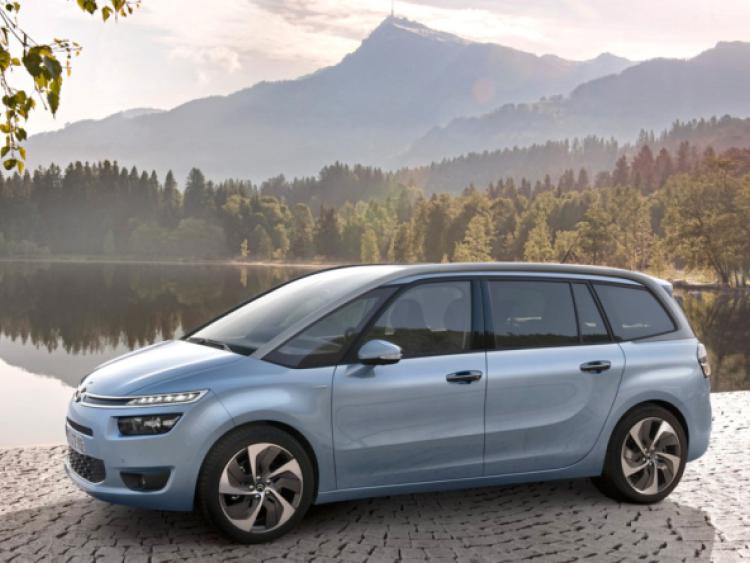 Citroen has unveiled the first images of the New Grand C4 Picasso - a uniquely styled car that stands apart from the already impressive five-seat model.

Citroen has unveiled the first images of the New Grand C4 Picasso - a uniquely styled car that stands apart from the already impressive five-seat model.

In terms of design and features the Grand C4 is a pioneering balance between interior space and engaging exterior styling. The New Grand C4 Picasso harnesses all the efficiency of the new EMP2 (Efficient Modular Platform 2) to provide an ideal combination of versatility, cabin space and accessibility, underpinned with three rows of seats.

Although the latest model is the same length as its predecessor (4.59m), the EMP2 platform has allowed Citroën’s engineers to extend the wheelbase to 2.84m to provide;Versatile modularity, with a third row of folding seats for transporting up to seven people; Class-leading cabin space in rows two & three; Enhanced access, especially to row three through optimised door apertures and an extra 69-litres of useable load space (645-litres VDA) & over 700-litres with row two seats in their forward position.

Driveability is a key strength of the New C4 Picasso. While maintaining the recognised comfort of its predecessor, the new-generation vehicle is easier to handle and is more manoeuvrable for an easier, more relaxed drive.

A true expression of Citroën’s ‘Créative Technologie’, the seven-seat ‘Technospace’ is available powered by a new BlueHDi 150 engine, which complies with the Euro 6 standard as a result of its innovative Selective Catalytic Reduction (SCR) system - the only technology able to sharply reduce NOx emissions (by 90%), whilst also cutting CO2 emissions. Fitted with the latest-generation 6-speed gearbox to optimise performance and fuel consumption, the BlueHDi 150 unit emits just 110g/km of CO2 emissions (manual) and 117g/km of CO2 for the automatic version.

The new model brings together all the strengths of the new-generation C4 Picasso with; a loft-inspired interior delivering an uncluttered feel & best-in-class comfort for all passengers; technologies for well-being, including a 7”touchscreen driving interface combined with a high-definition 12” panoramic screen; innovations for an increasingly user-friendly drive, including an all-new 360˚ Vision system; a balance between ride comfort & roadholding that sets a new standard compared with the previous generation - thanks to its electric power steering system & optimised suspension.

Alongside functions such as keyless entry and start, reversing camera and electric tailgate, Citroën’s New Grand C4 Picasso features a range of innovations to make driving easier and more relaxing, including; 360 Vision, an exclusive feature in the segment that uses four cameras placed around the car to give the driver a bird’s eye view, a rear view or a panoramic front view to extend the driver’s field of vision, making manoeuvres easier and ‘Park Assist’, which provides automatic assistance when manoeuvring into a tight parking space, whether parallel parking or reversing straight back. All the driver has to do is manage acceleration and braking.