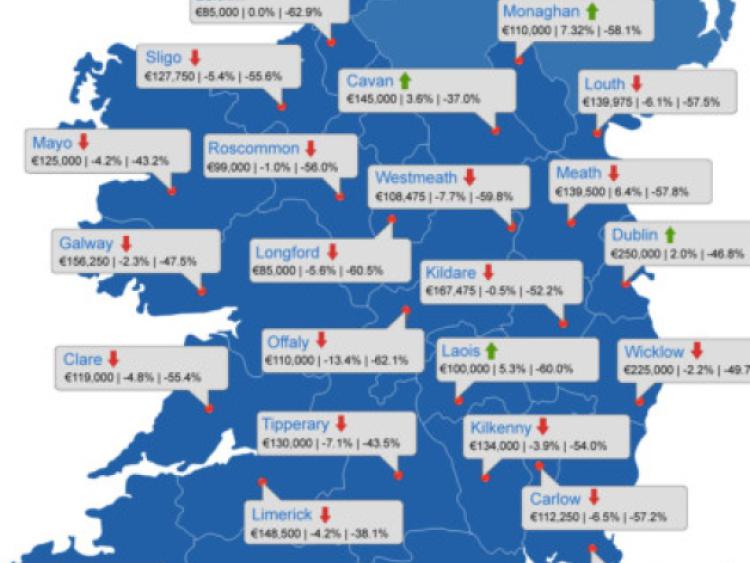 The asking price for both three-bed and four-bed semis in Leitrim stabilised in the second quarter of the year, according to the latest survey by property website MyHome.ie.

The asking price for both three-bed and four-bed semis in Leitrim stabilised in the second quarter of the year, according to the latest survey by property website MyHome.ie.

Angela Keegan, Managing Director of MyHome.ie described the latest figures as very encouraging and said she believed the trend towards price stabilisation would spread to other cities in coming months. “We have consistently said that any recovery would happen first in Dublin and it’s very positive to now see prices stabilising in Cork and other counties like Kildare.

“One issue in Dublin and some other urban areas is a shortage of stock. In the capital stock levels are down a third in the last 12 months although they are up 7.6% on Q1. Competition for properties is driving prices in some parts of the city and an increase in the supply would ensure affordability - which has improved dramatically in recent years - remains at a reasonable level,” Ms Keegan said.