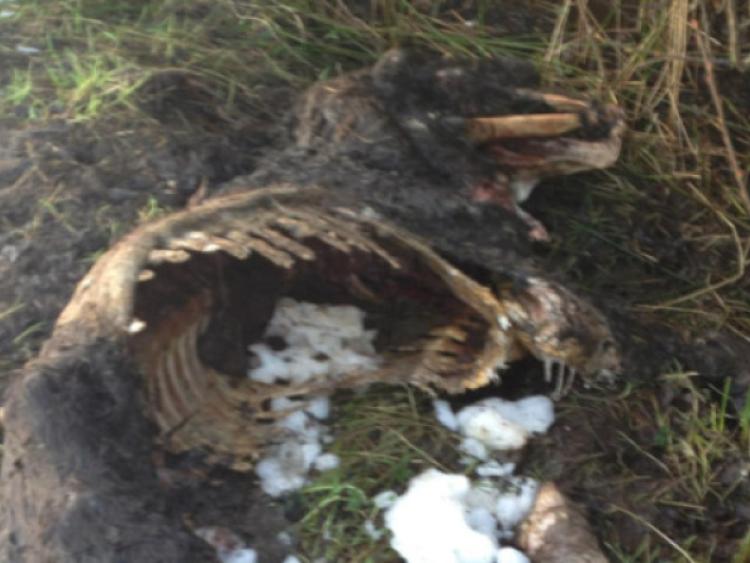 Earlier this year the Leitrim Observer revealed how two horses had died and a third was left in a very poor condition after they were abandoned by their callous owners in a rural part of the county. The incidence of horse dumping is a growing one and the number of starving and abandoned animals is something that has led to the emergence of a number of horse rescue organisations.

Earlier this year the Leitrim Observer revealed how two horses had died and a third was left in a very poor condition after they were abandoned by their callous owners in a rural part of the county. The incidence of horse dumping is a growing one and the number of starving and abandoned animals is something that has led to the emergence of a number of horse rescue organisations.

Near Newtownforbes, Co Longford, one woman’s campaign to save abandoned animals has led to the creation of Hungry Horse Outside. Although it began in an informal way a number of years ago, the organisation was formally established in October 2011 in response to the downturn in the economy as the incidence of abandoned horses and donkeys soared.

Founding member, Hilary Robinson has, along with a number of very dedicated family and friends, personally funded the feeding rescue, veterinary care and rehabilitation of at least 85 horses and ponies last Winter alone. Hungry Horse Outside are now seeking Charity status and funding from the Department of Agriculture to help them further expand their rescue services. Not only do they help to rescue and rehabilitate horses, ponies, donkeys - and the odd goat or two! - they also help to find loving homes for these animals.

“We’ve seen a real increase in not just the dumping of animals but also in the mistreatment of animals as well. Recently we got a call that nine horses had been dumped near Granard. When we got there three were already dead and one was in such bad condition it had to be put to sleep. The rest of the animals were in an appalling state. This isn’t the exception, this is something we are seeing more and more of,” Hilary sadly acknowledged.

Recused animals are housed in four yards. These are located in Mullingar, Rooskey and near Newtownforbes. The yards incorporate 25 stables but Hungry Horse Outside is always looking for people to volunteer their own pieces of land for use by the animals over the Summer months.

“Even half an acre of grass can feed a pony for a number of weeks so we are always asking people, if they have grass available, to allow us to place animals on it for the Summer. We will look after the animals, we’ll dose them, check on them etc, you just get to enjoy seeing them happy and healthy on your land. It’s a win win situation,” says Hilary.

As well as rescuing animals, Hungry Horse Outside also helps to raise awareness through their Facebook and internet sites and also via leaflets and flyers on horse welfare.

What can you do?

There are plenty of ways to help Hungry Horse Outside. The organisation is always looking for volunteers to assist in caring for the animals they take in but even if you can’t offer your time there are plenty of other ways you can make a difference.

• donate some hay or straw or help by providing feed or water to compromised animals in your locality until they can be rescued.

• offer to provide grazing for some animals during the Summer months, even half an acre can support a pony for a few weeks.

• by donating medicines such as worm dose, wound spray or powder or poultices such as Animalintex. Hungry Horse Outside also accept donations of pour on insecticides, hoof oil, bandages and gamgee, cod liver oil or garlic powder.

You can also make a cash donation to help Hungry Horse Outside to continue its vital work. Just contact the organisation via email on hungryhorseoutside@gmail.com or contact Hilary on her mobile - (086) 3162449.