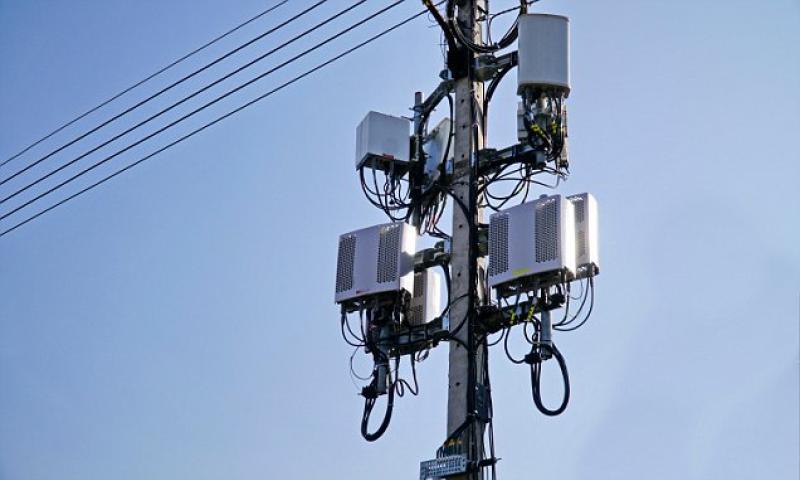 Organisers of a public information meeting on the rollout of 5G have stressed they are not against technology, but believe that any improvements in broadband and mobile coverage must be done so in a way that is proven to be safe to both the health of people and the environment.
Instead they are calling for the introduction of this technology to be halted until proper research is conducted into the possible health implications posed by infrastructure and increased electromagnetic smog.
The latest generation of mobile communications, 5G will have a higher frequency and bandwidth for transferring wireless data more quickly. However 5G signals are less capable of traveling large distances so they require strengthening in the form of more infrastructure, like booster antennae and towers and this is the area of most concern.
Last week's public meeting, held in The Bush Hotel on Wednesday, August 21, attracted over 40 attendees including three Leitrim County Council members: Cllr Paddy Farrell; Cllr Justin Warnock and Cllr Felim Gurn.
Addressing the meeting, organiser, Kris Zurek a member of the Stop 5G Ireland - Citizens Group, said that they were not against technology.
“We just want safe technology. We want transparent and safe technology and this (5G) technology has to be altered to make it safe,” he insisted.
He said that the World Health Organisation (WHO) has classified Radio Frequency EMFs as “possibly carcinogenic” to humans. Acknowledging that this did not mean it was definitely cancer causing, he pointed out that the WHO could not rule out that these frequencies could have a serious negative impact.
He said his biggest concern is that EMF radiation “impacts our health in an invisible way. We don't see it and most of us don't feel it, but it is having an impact,” he said.
Adding to the concern is the sheer scale of antennae and mast installations required for the 5G rollout and he said there just isn't any data on what impact this increase in infrastructure will have on humans, animal and insect life or plants.
While he acknowledged that proponents of 5G point out that emissions fall within current acceptable limits, he said that the data these limits are based on is outdated and new studies need to be carried out with reference to not just the increased EMF radiation from the new technology, but also with reference to the sheer number of antennae and masts which will be required to carry the service.
He said it was vital that these studies be carried out before this (5G) technology is introduced and noted other countries have stopped the rollout of 5G until these studies are available.
He also noted there are other technological alternatives such as fibre optic cables, which could be used instead to improve broadband provision.

International scientists raise concerns
One of the key points raised at the meeting centres on the concerns raised by international scientists. 245 scientists, all of whom have published peer reviewed papers on the biological or health effects of non-ionizing magnetic fields, have signed up to an international 5G appeal.
The appeal, accessible at www.emfscientist.org, “urgently calls upon the United Nations, the WHO, UNEP and the UN Member States to: Address the global public health concerns related to exposure to cell phones, power lines, electrical appliances, wireless devices, wireless utility meters and wireless infrastructure in residential homes, schools, communities and businesses”.
Another website 5Gspaceappeal.org has over 134,000 signatures from scientists, organisations and the public supporting the orginal EMF international scientist appeal.

County councils support moratorium
Two county councils in Ireland have already adopted a motion calling for a moratorium on 5G pending further research. The matter is coming up for discussion at Leitrim County Council on September 2.
The World Health Organisation stance
The World Health Organisation (WHO) say that a large number of studies have been carried out over the last two decades to assess whether mobile phones pose a potential health risk and state that “to date, no adverse health effects have been established as being caused by mobile phone use.”
The International Commission on Non-Ionizing Radiation Protection (ICNIRP) established in 1998 released the “Guidelines For Limiting Exposure To Time-Varying Electric, Magnetic, and Electromagnetic Fields (up to 300 GHz)” . These guidelines are accepted by the WHO and numerous countries around the world.
However the WHO note that there is a lack of data for the impact of mobile phone use over time periods longer than 15 years and in their publication, Electromagnetic fields and public health: mobile phones, dated October 2014 acknowledge this lack of data warrants “further research of mobile phone use and brain cancer risk”.
For more information on the concerns raised over 5G see: www.emfscientist.org
- www.5Gspaceappeal.org
- www.5Gappeal.eu