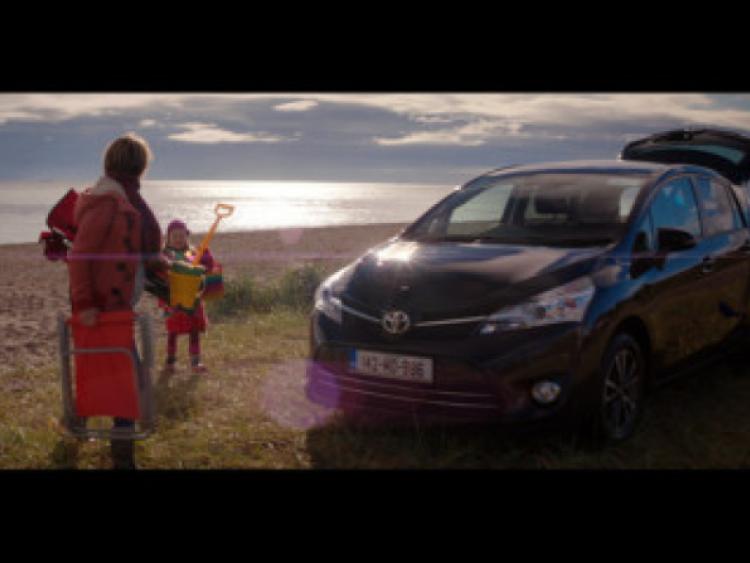 Toyota’s All Things To All People campaign sets out to challenge the notion that a person can’t be ‘all things to all people’ or ‘please people all the time’. We are shown that there are exceptions to the rule.

Toyota’s All Things To All People campaign sets out to challenge the notion that a person can’t be ‘all things to all people’ or ‘please people all the time’. We are shown that there are exceptions to the rule.

The evocative footage of the ad celebrates the role of the busy parent and shows that in a single day mums and dads play dozens of roles: a lifeguard, rock, saint, smoother, supporter, healer, spoilsport, and memory maker, in addition to working a full-time job.

Demonstrating Toyota’s commitment to supporting the local economy, the TV creative was produced in Ireland using home-grown cast and crew with a budget of €500,000. The heavy-weight campaign will be running across TV in 40 and 50 second cuts and across cinema in an extended 60 second cut into 2015.

The digital and social campaign is highly immersive and asks people to nominate someone who is ‘all things’ to them, a rock, a juggler, a healer or many more. People upload a picture of their nominee with some additional detail and then have the option to share their nomination on Facebook to be in with a chance to win a variety of prizes. Users are driven to the microsite through high impact display advertising and sponsored content and advertising on Facebook and Twitter and video on demand.

At the end of the campaign, the nominee images will be collected to create a huge digital collage of the Toyota logo which will be used for homepage takeovers.

Michael Gaynor, Marketing Manager of Toyota Ireland said: The theme of this campaign is sure to strike a chord with the hardworking mums and dads across Ireland, juggling work and home life every day, as it sets out to question the simple adage that you can’t be all things to all people. The Toyota family car, combining superb quality with excellent value, also contradicts this notion and is a part of the fabric of family life for many Irish people.”