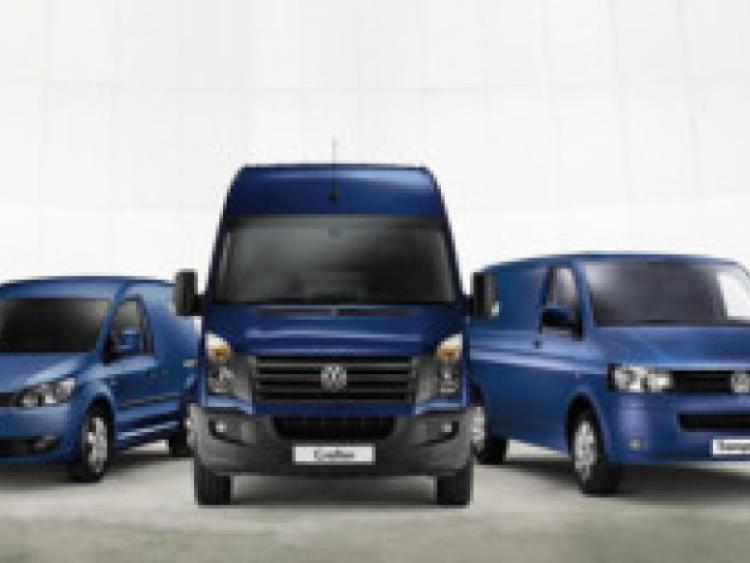 Based on market predictions this year of 13,080, Volkswagen Commercial Vehicles market share will be 24% with 3,130 registrations in 2014. This is an increase of 49% on 2013 and is spread across all 4 model platforms, namely, Caddy, Transporter, Crafter and Amarok.

Volkswagen Commercial Vehicles’ has announced that it is reintroducing 0% APR which is now extended across the entire range for orders placed before the 19th December 2014 for registration in 2015. Volkswagen Commercial Vehicles are the only manufacturer to offer this deal which can save customers anywhere up to €4,000 versus the main retail banks and up to €2,500 versus competitors.

Volkswagen Caddy continues to dominate the compact van segment as a clear leader, while both the Transporter and Crafter increased their segment shares in 2014 and Amarok continues to find and improve its position in the pick-up segment in its third full year since launch. In 2015 launches will include a new generation Caddy and Transporter.

Commenting on the new offers, Alan Bateson, Managing Director, Volkswagen Commercial Vehicles said: “We see further growth in the market and we currently forecast this at approximately 11% versus 2014.

“We have plans to grow our market share in 2015 and in order to bring our best offers to Irish consumers in the New Year we are offering great finance rates. Customers can save anywhere up to €4,000 versus high street banks and up to €2,500 versus competitors. We are confident that our product  offers and finance packages will fuel further growth in 2015.”

Order your 2015 Volkswagen Commercial vehicle before December 19 and avail of this unrivaled offer of 0% finance across the range. Contact Connolly Van Centre on (071) 9115333 for further details.