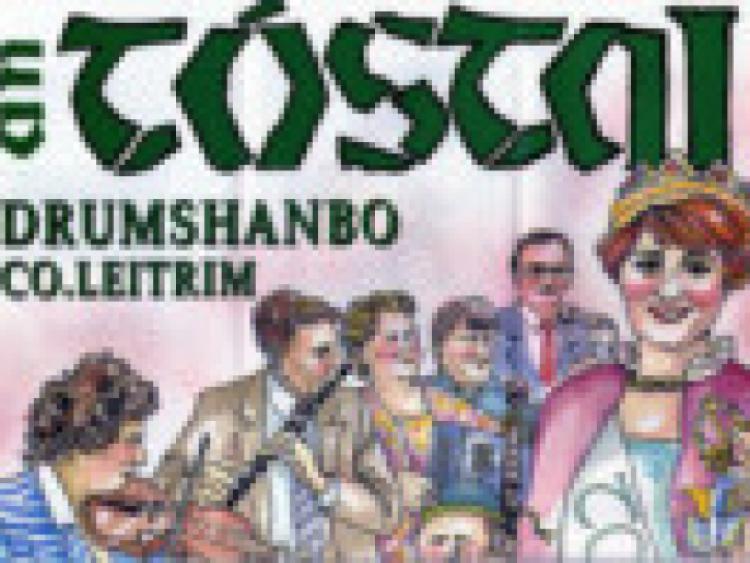 Long before The Gathering was even a spark of an idea, An Tóstal (meaning “The Gathering”) was the name for a series of festivals inaugurated in 1953 as a celebration of Irish life. While the majority of events had died out by 1958 one centre alone, Drumshanbo, has not only kept the spirit of An Tóstal alive, it’s thriving after six decades of celebration.

Long before The Gathering was even a spark of an idea, An Tóstal (meaning “The Gathering”) was the name for a series of festivals inaugurated in 1953 as a celebration of Irish life. While the majority of events had died out by 1958 one centre alone, Drumshanbo, has not only kept the spirit of An Tóstal alive, it’s thriving after six decades of celebration.

With 2013 named as the Year of the Gathering, this year’s An Tóstal celebration promises to be even more vibrant than ever - after all, for organisers, this marks a unique milestone - the merging of two national celebrations of Irish culture, albeit 60 years apart!

On April 6, 1953 almost 150,000 people filled the length of O’Connell St, Dublin to witness the “National Ceremonial Opening” of An Tóstal by President Sean T Kelly. The idea behind the initiative was to create a series of events which would extend the tourist season outside the three month June-August period and help promote public interest in tourism as an industry in its own right.

Hundreds of events were planned in communities across the nation and from this grand launch in April 1953, couriers in a fleet of new cars and escort cars equipped with public address systems, set out from Dublin to spread the tidings to the four provinces. The Post Office also issued 45,000 special sets of commemorative stamps designed by Limerick artist Fergus O’Ryan, in honour of the initiative. It goes some way to showing the frenzy for An Tóstal which gripped the nation when you consider that 30,000

people waited to purchase the stamps when they were issued at midnight - everyone wanted a piece of this first foray into a nationally orchestrated tourism campaign!

The first An Tóstal in Drumshanbo in 1953 boasted an impressive line up of events including an amazing Crossroads Céilí, over three weeks from April 5 to 26.

The festival was opened by Cllr Joe Mooney and Joe Greevy of Bord Fáilte and while the dates for the event may have varied down through the next 60 years, it remains one of the central festival attractions in the North West.

With the support and organisational skills of numerous volunteers led by a dedicated committee of locals, Drumshanbo’s An Tóstal has succeeded where so many others have failed and its success is testimony to just what can be achieved with hard work, genuine community spirit and a true love for the culture, the music, the dancing and the spirit of the Irish people.

Hundreds of events have been added to keep the festival fresh and contemporary down through the years while still paying homage to this wealth of Irish culture. These have included Maypole dancing, soap box derbies, and even an All Star Variety Show. Some events have gone on to become the backbone of the current festival including the fishing competition which has featured in almost every An Tóstal since the festival’s inception in 1953.

Some events included in the initial festival in 1953 made a welcome return to the programme years later. In 1966 the Crossroads Céilí at the Four Crossroads returned for the first time in 13 years.

From the Leitrim Observer to RTÉ radio, from TG4 to Sky, the festival has played host to live programmes, documentaries and news coverage which have provided an invaluable record for its history.

The festival has also proven popular with some very famous faces. In 1978 An Taoiseach, Jack Lynch and his wife Maureen were special guests at the 25th Anniversary celebrations, while adopted Drumshanbo man and Eurovision winner, Charlie McGettigan even opened the Festival in 1995, just months after his big win with Paul Harrington for Rock n Roll Kids.

In fact since 1953 Drumshanbo has witnessed visits from Government Ministers, Senators and even RTE personality, Bibi Baskin (1991).

The honours list for officially opening the festival has also included Northern Ireland International Soccer Goalkeeper, Pat Jennings (1991), World 5,000 metres Champion and Olympic Finalist, Eamonn Coughlan and even, in 1986, US Ambassador to Ireland, Mrs Margaret Heckler. Even bigger and better in 2013!

This years An Tóstal Festival will be our 61st and organisers have planned a fun filled line up of FREE events for the community and visitors alike over the June Bank Holiday weekend with Live American Wresting, The Soap Box Derby, Big Generator on the Gig Rig, Lough Allen Water Festival, Moorlands Children’s Day, An Tóstal Parade, Fireworks Spectacular and much, much more. Keep an eye out for our 2013 brochure for full details or www.antostalfestival.ie.

Saturday 1st of June sees Gerry Guthrie taking to the stage for The Barn Dance in Moorlands and tickets will be available shortly from the usual spots around the town.The An Tóstal Book is available on line so please check out An Tóstal Festival on Facebook and don’t forget to come and join in the celebrations this June bank holiday for Ireland’s original and longest running gathering, An Tóstal Festival,