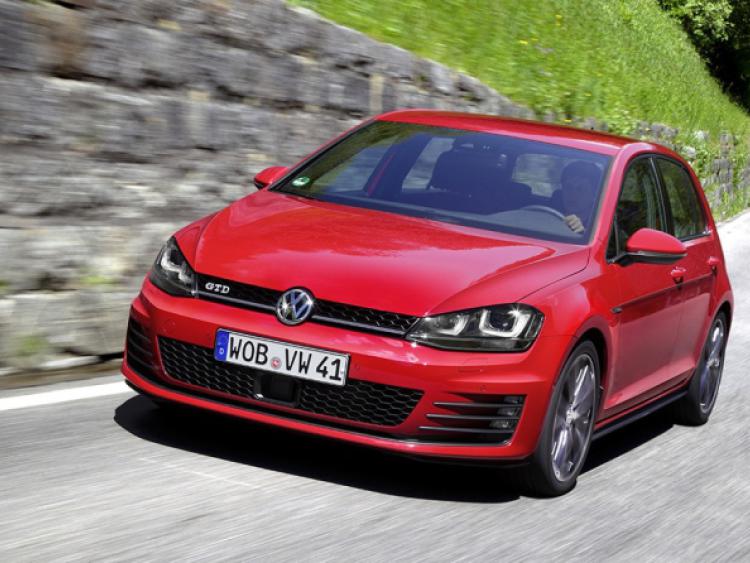 GTD – these three letters say it all, they stand for “Gran Turismo Diesel” – the long-distance express car of the Golf range and now there is a new Golf GTD.

GTD – these three letters say it all, they stand for “Gran Turismo Diesel” – the long-distance express car of the Golf range and now there is a new Golf GTD.

This Golf is the first GTD to have a stop/start system on board as standard, and in battery regeneration mode it utilises deceleration phases to charge the battery. The 2.0-litre common rail turbo-diesel of the EA288 engine series was not only networked with these “BlueMotion Technologies”; it was also completely redesigned. The results: pure efficiency. The Golf GTD accelerates to 100 km/h in just 7.5 seconds.

The engine noise is routed over the actuator integrated in the engine compartment and into the interior via the windscreen, and from there it is experienced as a sound generated from the outside via the exhaust system. However, it is actually inaudible outside of the car. The faster the GTD drives, the quieter the sound, so that long-distance comfort is unaffected.

While the front end of the Golf GTI sports a red painted trim strip, the GTD glistens with a trim strip in understated and elegant chrome. This chrome trim strip extends into the headlights and divides the front end into an upper area with LED daytime running lights and bi-xenon elements and a lower section with the turn indicators. Beneath this is the bumper designed specifically for the GT models with (optional) LED fog lights integrated on the right and left as well as air guide elements painted in gloss black and the lower radiator grille insert with its black honeycomb structure.

At the rear, there are smoked LED rear lights with integrated white trim strips at the height of the tornado line for the reversing lights, dual chrome tailpipes mounted on the left, GT-specific roof edge spoiler with lateral aerodynamic elements on the rear windscreen and GTD badge which combine to make this car out as the sportiest Golf ever with a TDI engine. For the first time on the “GT models”, it is also possible to order rear windows with factory-installed rear glass that has 90% instead of 65% tinting.