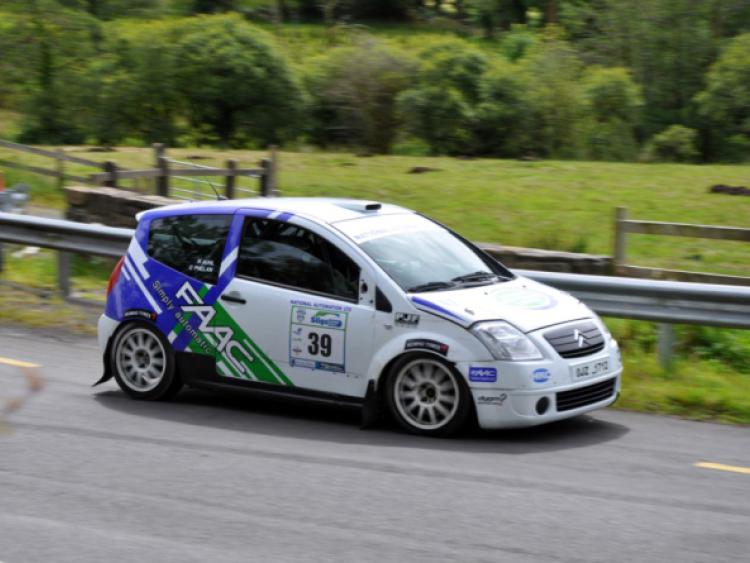 Cormac Phelan has been nominated for this year’s Motorsport Ireland Billy Coleman Young Rally Driver Award for his performances in May and June.

Cormac Phelan has been nominated for this year’s Motorsport Ireland Billy Coleman Young Rally Driver Award for his performances in May and June.

The 24 year-old from Cootehall, Co Roscommon, won the Junior class in the Carlow and Circuit of Munster Rallies, giving him a hat-trick of three in a row in the Dunlop National Rally Championship, as he had earlier taken victory in the class in the Kerry round in April.

This was his first Junior win, and is the highlight of his rallying to date. Despite retiring from the opening Dunlop round in Mayo, Cormac holds second place in the Junior Championship – just two points behind the class leader.

Cormac began his motorsport career in 2012, tackling three rallies, and increased this to five events last year, so this is his first full season of competition.

He has been driving a Honda Civic until recently, but has now changed to a Citroen C2R2 Max which he drove to second place in class in Sligo last weekend on his first outing in a left hand drive car.

His plans for the remainder of this year include completing the Dunlop Junior series and the Top Part West Coast Championship.

For 2015, he intends tackling some of the Irish Tarmac Championship rallies, and hopes to contest the Junior section of the European Rally Championship.

He attributes a large part of his success to his girlfriend Katja Auhl, who is his regular co-driver.

The winner of the Motorsport Ireland Billy Coleman Young Rally Driver of the Year Award receives €50,000 worth of support to contest stage rallies nationally and internationally in 2015 along with the support of Billy Coleman co-ordinator, Tom Walsh, while the two runners-up will receive free entries into a number of MI permitted events in 2015, along with co-ordinator support.