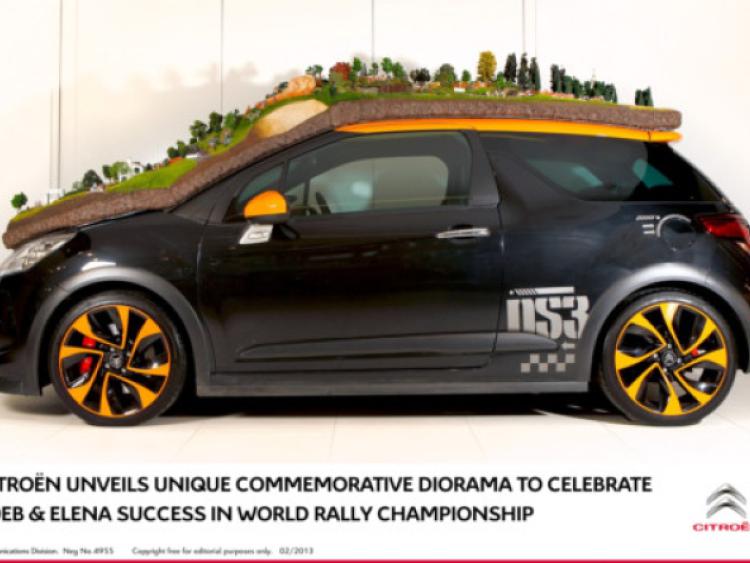 From the snow and ice of Rally Sweden to the iconic ruins of the Acropolis Rally, the 1:43-scale model, which has been moulded to a Citroën DS3 showcases nine different rally terrains; one for every championship win.

The eye-catching model has been finished to the highest quality, with the utmost attention to detail. Each rally terrain features a 1:43 scale model of one of the duo’s championship-winning cars, dating back to 2004 and the Citroën Xsara.

Nothing has been left to the imagination as ice and dust clouds provide a sense of speed, while flowers, shrubbery, cameramen and spectators complete the scene.

Designed and built by Kieron Barter of Funky Lemon Design, the model took two months to complete. Barter and his team of model-makers have been part of the project from the very beginning, from taking the initial moulds to putting the final touches to the entirely unique and staggeringly intricate artwork.

Describing the model-making process, Barter said how keen he was to be part of it, saying: “When I was initially approached by Citroën about this, I was really excited. It’s definitely a once-in-a-lifetime experience. The most enjoyable, and perhaps most challenging part was working with a DS3 to get the mould for the car, purely because it’s not something that I’ve done before and it was very important to get the mould right.”