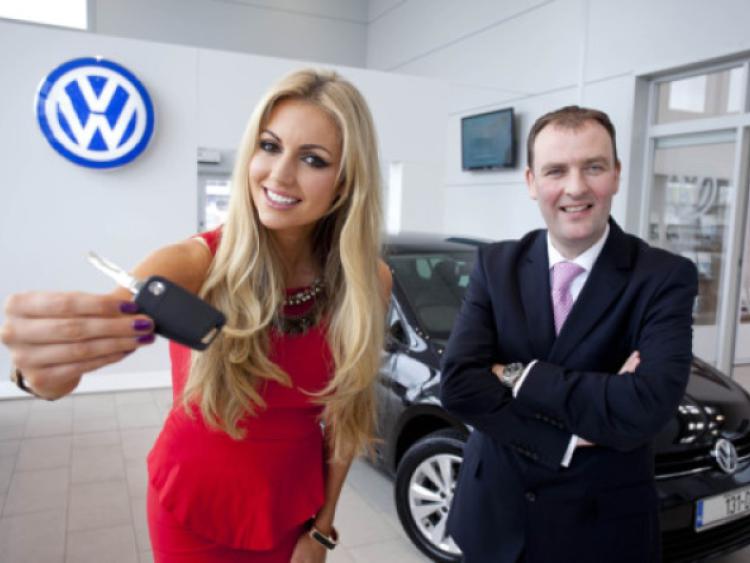 Commenting on the Award, Paul Burke, Operations Director of Volkswagen Passenger Cars said that it is a credit to the work that has gone into the new Mark 7 Golf.

“This new Golf is a really superb car that has received incredible praise from critics and customers alike and this second, major award for Golf is more than justified. We have been taken aback with the demand for the car on what is a challenging year for our market but it does show that many loyal customers see buying the Golf as a sound investment,” said Mr Burke.

For over 30 years, the Golf has been an established feature of the motoring scene around the globe. For the seventh generation of the bestseller, today’s prize represented its 17th award since being launched in November 2012. In giving their reasons for the award, the jury said, “The Golf is just the right size – it’s spacious, practical and comfortable. It has got a fresh, progressive design, a new range of engines, plus an impressive list of equipment and safety systems. If there is a car for everyone, the Golf is it.”

It was only three weeks ago that the compact car from Wolfsburg was crowned European Car of the Year. Further accolades from home and abroad, such as ‘The Best Cars of 2013’, ‘Auto Trophy 2012’ and the ‘Top Gear – All the car you’ll ever need’ award, round off the list of successes.

The ‘World Car of the Year’ jury consists of 66 motoring journalists from 23 countries, who rate new cars appearing on the world market not only for the award, but also in their daily reporting work for millions of drivers and car enthusiasts. Volkswagen has for a long time been a firm fixture in the ‘World Car of the Year’ awards: the model before the current Golf for instance, won the renowned prize back in 2009. In 2012, the cherished international trophy went to the company’s smallest car, the up! And 2010 was also dominated by Volkswagen: the Polo was crowned overall winner and the BlueMotion models of the Polo, Golf and Passat took the title ‘World Green Car of the Year’.

Over the coming months, further models will be added to the Golf range: the Golf GTI and Golf GTD, two sportier versions, are being launched in the spring. From the middle of April customers will also be able to order the new, dynamic and spacious Golf Estate. Following this in the second half of the year comes the new Golf TDI BlueMotion, which sets new standards in terms of fuel consumption and environmental compatibility: just 3.2 litres per 100 km and CO2 emissions of 85 g/km are impressive figures in the compact class.

The Golf in Ireland costs from €19,995. For more information on the Golf log on to www.volkswagen.ie or find us on Facebook at facebook.com/vwireland.