Battling Mohill have no answer to powerful and ruthless Belmullet 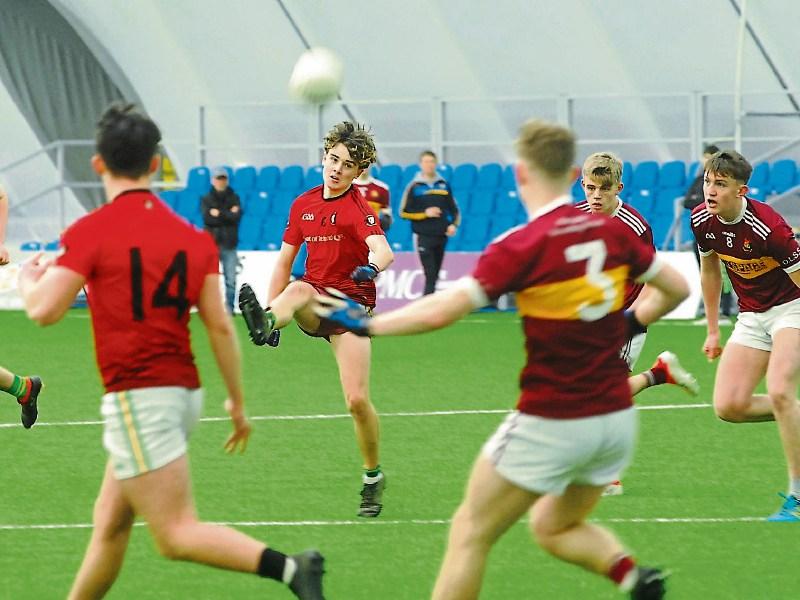 A scoreline that doesn't do justice to how competitive this Mezzino.ie Connacht Colleges Senior D Final was for long periods but in the end, there was no doubting that Mohill Community College came up against a vastly superior Our Lady's Belmullet in the semi-final in the NUI Galway Connacht GAA Air Dome.

The final 20 minutes saw the Mayo lads run in an unanswered 3-4 to close out a win that was much harder fought that the scoreline suggests but Belmullet just had two much firepower upfront and two much class in every sector. And they proved it by going on to beat Boyle's Abbey Community College, featuring Gortletteragh's Mark Heslin on the coaching staff, in the final.

Mohill battled and battled, causing Belmullet problems at times but the strength of the Mayo men was such that no matter what the Leitrim lads threw at them, including losing a man to a sin-bin, they had the answer, often times just seconds after Mohill appeared to land a blow.

The game got off to a fast start on the superb surface in the air dome with Belmullet firing over two points in the first four minutes from Charlie Ginnelly and Rory Conway but then a clever quick sideline ball to Riaghan Ward saw him break a tackle to find Darren Cox who produced a class low finish to the Belmullet net. 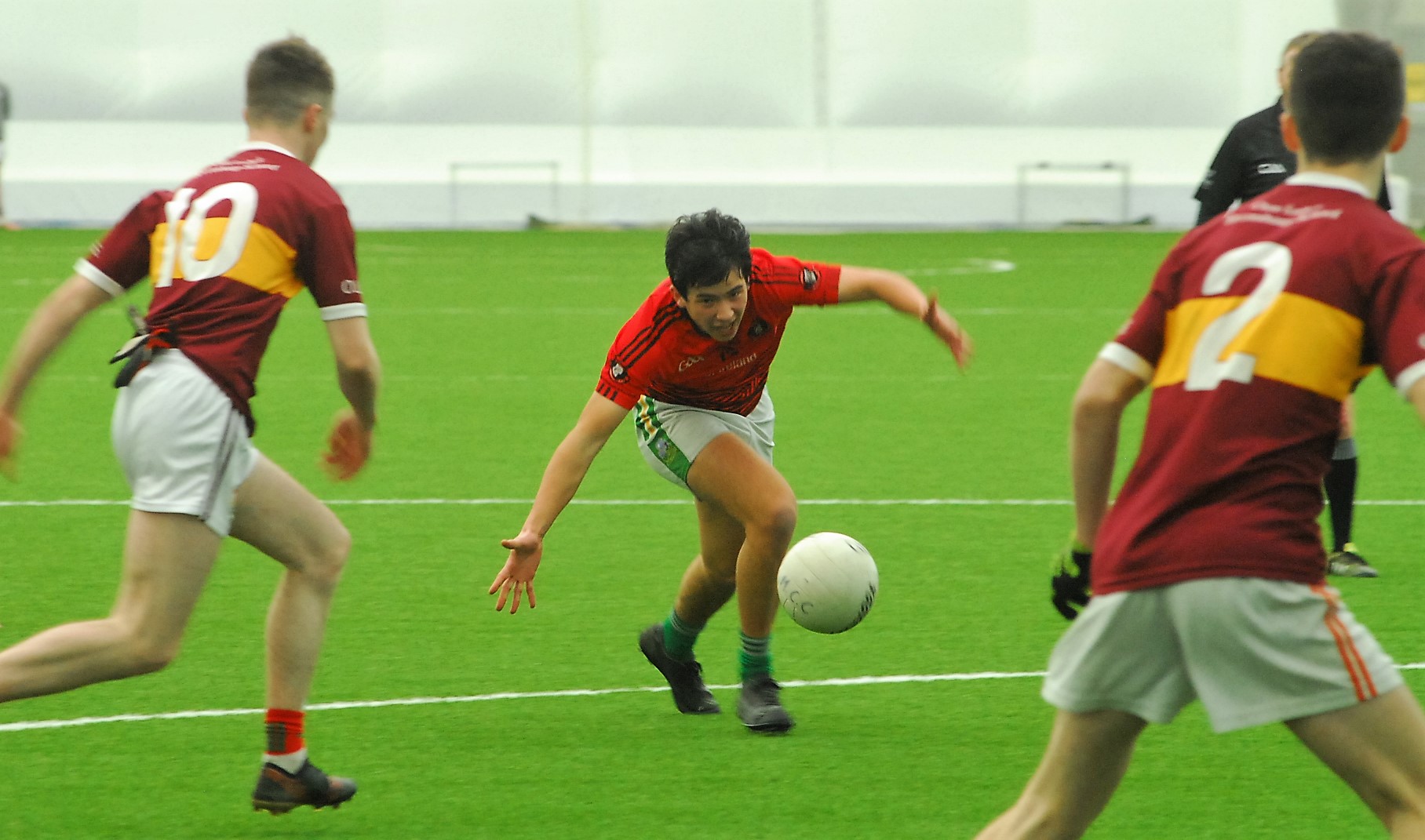 Ciaran Reynolds fired over a good point on seven minutes and Mohill were looking confident and composed but a long ball in behind the defensive cover found Josh Carey who gave Callum Andrews no chance with a composed and clinical finish to the net. Anthony Barrett and Carey added points for the Mayo lads before Mohill worked a quick ball into Reynolds and it came back out for Brendan Naughton to score a fine point.

The game took a fortunate turn for the Mayo men on 13 minutes when a shot came off the post, stayed in and was pounced upon by Charlie Ginnelly who did extremely well to turn and fire powerfully to the Mohill net from a very tight angle.

Eoghan Ridge had a wide from Mohill before Ginnelly fisted the ball over. The impressive Tom Crowe got up to support his attack, firing over a fine point before Carey finished off a fine move that was simplicity itself - kickout, catch, pass, run and over the bar.

Mohill keeper Callum Andrews stopped a certain goal for Rory Conway before Mohill’s challenge got a boost when Belmullet full-back Lorcan McGrath received a black card for verbal abuse, sending him to the sin-bin for 10 minutes on 24 minutes.

Ciaran Reynolds converted a free to cut the gap to five points but despite being down to 14, Belmullet ruthlessly killed off the game with Josh Carey firing home 1-1, the goal coming after he cut through the middle for an easy goal. Colin McNamara fired over a Mohill point but points from Carey & Rory Conway gave Belmullet an imposing 3-9 to 1-5 halftime lead.

Darren Cox fired over a point with Belmullet’s Brendan Conway again finishing a move from the keeper's kickout to mark a long delivery and over the bar. Ciaran Reynolds fired over after a Cox pass and the young Annaduff player was denied a goal by a good save from Mayo U20 panelist Kian Gallagher. 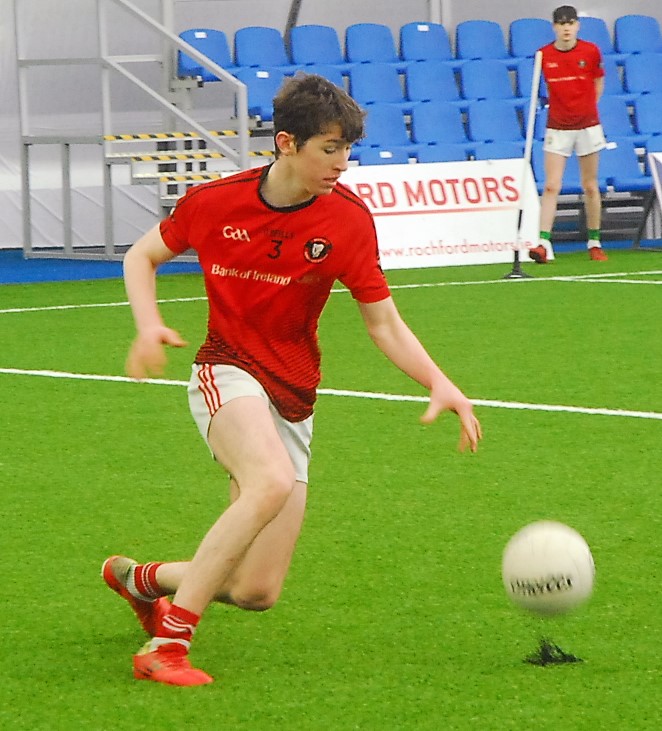 Rory Conway and Tom Crowe swapped points but that score ten minutes into the second half was to be Mohill’s last with the Belmullet lads running riot as they added 3-4 before the long final whistle.

The clincial Carey plundered a further 2-2 while Eoin Walsh got their sixth and final goal along with points for Luke Tighe & Ginnelly. Mohill had chances with Eoghan Ridge unlucky to see a piledriver hit the woodwork but Mohill heads understandably dropped in the final stages as the game got away from them with the Mayo men running up the score.