“If you can’t get excited for a semi-final against Galway in Salthill, then I don’t think anything is going to excite you” 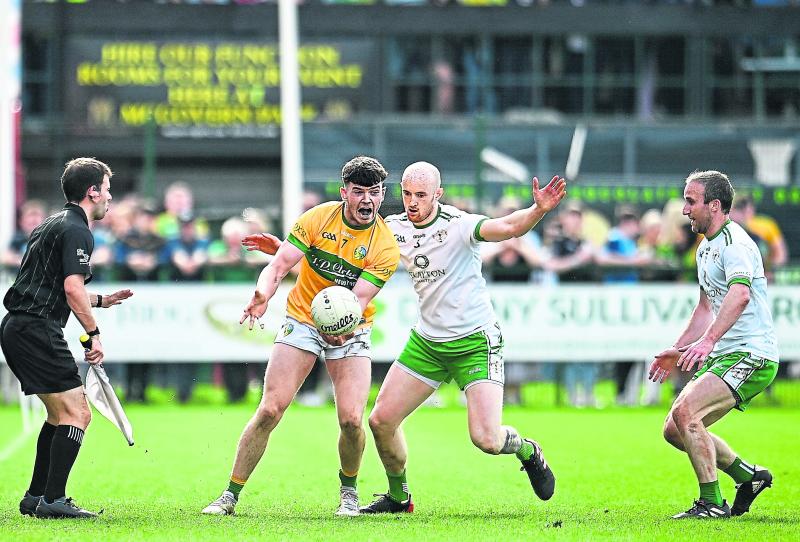 If their captain’s words are anything to go, then Leitrim’s players are very definitely looking forward to testing themselves against Galway next Sunday when David Bruen leads the Green & Gold into battle in Pearse Stadium.

Leitrim’s captain, pictured above in action against London, fully appreciates the size of the task facing the Green & Gold next Sunday but neither is David underplaying the anticipation for a game where the visitors will start as rank outsiders: “We’re under no illusions about the task at hand but if you can’t get excited for a semi final against Galway in Salthill, then I don’t think anything is going to excite you.

“It will be interesting to see how we fare against them, they have some of the top players in the country but the lads are really excited. Galway, we know how good of a team they are, they have quality players all around the pitch and we saw what they did to Mayo.

The fact that Leitrim are playing away from home doesn’t seem to bother this Leitrim team in the slightest: “We’ve been on the road quite a lot this year, I think we’ve only had two home games this year.

“The support has been good all year to be honest with you. Our first away game was Tipperary and there was quite a good support there and it has grown gradually. We went to Waterford, we went to Carlow and obviously then to London and it has grown quite gradually and hopefully we can give them something to shout about next Sunday.”

That Leitrim support was out in force in Ruislip but David revealed that the team kept away from the hype and excitement: “I know there was a bigger Leitrim crowd around but we were in the hotel, we were in our own bubble so we didn’t really pay much attention to anything outside the group to be honest.”

Coming through that test has got to stand to Leitrim next Sunday as David highlights the strength in depth of the squad for Leitrim this year: “We knew London weren’t going to give up, we had a tough game against them in Bekan earlier on in the year but that just shows the importance of our bench. The lads coming in off the bench really drove the thing home and it just shows how strong a bench we have.

“We have a big panel and there is serious competition for places and that is what has been driving the thing the whole year. I think the bench has scored heavily enough in every game in the league, they have made a difference.”

As for being captain, David admits there is a bit more to the job but states there are a lot of leaders in Andy Moran’s squad: “Obviously there is a tiny bit more pressure in that you have to lead by example but I think we have a really good group of lads there, it is not just me leading by example. There are a lot of lads there who have been there longer than me that aren’t afraid to speak out. It is just a really good group.”

As for the Tailteann Cup, it hasn’t even come up on David’s radar with total concentration on next Sunday’s game: “We haven’t looked past next Sunday. After the London game, we sat down and looked back at the London game and took positives from it. We took areas that we could improve on but we haven’t looked past Galway at all and that is all that has been on our mind.”