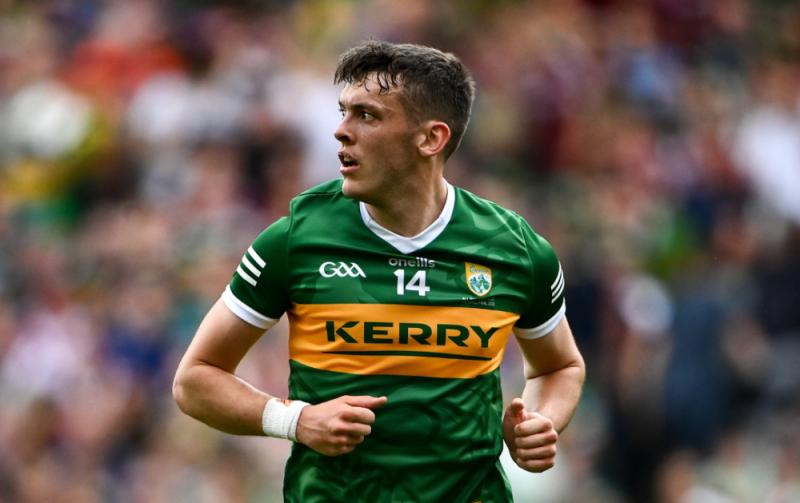 Kerry’s domination of Gaelic football has been acknowledged with 12 places in the PwC All-Stars football nominations for 2022. PIC: Sportsfile

Kerry’s domination of Gaelic football has been acknowledged with 12 places in the PwC All-Stars football nominations for 2022.

The Kingdom’s success across All-Ireland and Munster championships as well as league honours this season sees them take the lion’s share of the high calibre list of 45 names that is spread across 11 different counties.

He is joined by all six of his Kerry defenders in the list of 18 nominated which also includes three each from Galway and Derry as well as Dublin debutante Lee Gannon and exciting Limerick defender Cian Sheehan in the shortlist.

Up front Kerry’s razor-sharp attack is represented by Clifford brothers David and Paudie, with Seán O’Shea and Stephen O’Brien joining them in an impressive list of forwards that also features three each from Galway and Armagh with Dublin and Derry landing two slots each and Ben McCormack (Kildare), Eoin Cleary (Clare), Stephen Sherlock (Cork) and Jack McCarron (Monaghan) all recognised for their individual brilliance this summer.

The other big talking point is the confirmation of this year’s overall PwC GAA/GPA Footballer of the Year and Young Player of the Year accolades – two awards that are voted on exclusively by the inter-county players themselves.

Kerry powerhouse David Clifford will be up against Galway sharpshooter Shane Walsh and the Tribes midfield star Cillian McDaid for the overall award. For Young Player of the Year, Derry forward Ethan Doherty is joined by Dublin defender Lee Gannon and Galway defender Jack Glynn in the voting.

Uachtarán CLG Larry McCarthy said: “I want to congratulate all of those who have been nominated for a PwC Football All-Star and commend them on their contribution to what was an excellent football championship.

“It was fantastic to see crowds being able to flock back to our games this year. At a time of change in our football structure and season calendar what remains constant is the ability of our players to light up the campaign and the pick of the crop are here in these nominations.

“To make this shortlist is a significant achievement and I want to acknowledge the work that has gone into it and know that being shortlisted is also a huge moment for the families and the clubs of the players involved, and especially for David, Shane and Cillian and their nomination for PwC GAA/GPA Footballer and to Lee, Ethan and Jack for the PwC GAA/GPA Young Footballer of the Year nomination.

Tom Parsons, CEO of the GPA added: “Our games are primarily about what we achieve as part of a team. However, there is always a place to celebrate individual excellence and the PwC All-Stars are the pinnacle when it comes to individual recognition in football and hurling.

“I want to wholeheartedly congratulate all of the nominees announced today. In a season of change, there were many stand out moments and memories that will stand the test of time.

“These 45 players were adjudged to have been the best of the best in 2022 and are deservedly nominated to be considered for the final 15. I also want to congratulate David, Shane and Cillian for their PwC Player of the Year nominations and to Ethan, Jack and Lee for being nominated in the Young Player category.”

Feargal O’Rourke, Managing Partner, PwC, said: “Heartfelt congratulations to each of the 45 footballers who have been nominated for a PwC All-Star and also to those shortlisted for the PwC GAA/GPA Footballer and Young Footballer of the Year from everyone at PwC. Each of you excelled as both individuals and as part of a team during the thrilling championship season and rightly deserve to be recognised for your hard work and dedication.”

Dating back to 1971, the All-Stars are selected by a team of GAA journalists from across print, radio, digital, tv and broadcast media. A separate Tailteann Cup team of the year will also be honoured this year.

The PwC All-Stars will be presented at a black-tie banquet in Dublin’s Convention Centre on Friday, October 28. The hurling team will be announced live on the night with the football team being released publicly 24 hours earlier.