Old rivals end up all square after thriller 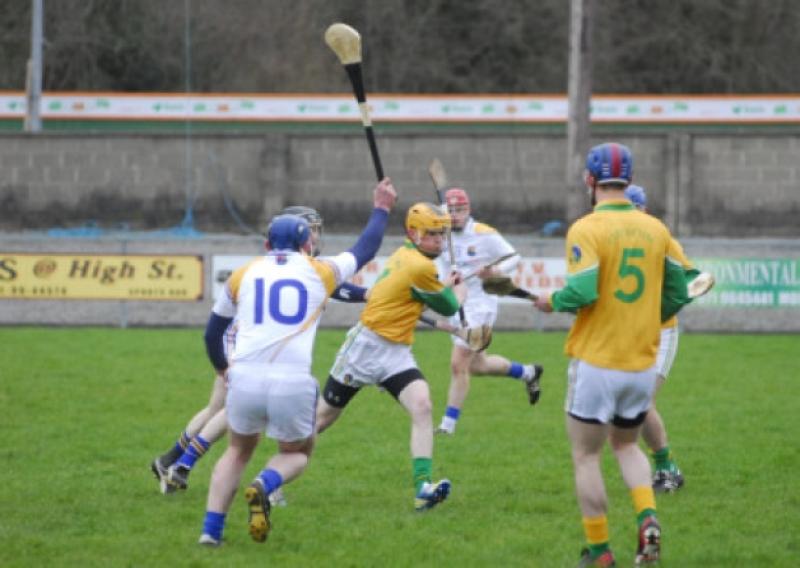 A pointed free one minute into stoppage time by Longford’s Eoin Donnellan deprived Leitrim of a home win in the opening round of the Alliance Hurling league first round game on Sunday last in Ballinamore.

A pointed free one minute into stoppage time by Longford’s Eoin Donnellan deprived Leitrim of a home win in the opening round of the Alliance Hurling league first round game on Sunday last in Ballinamore.

A draw was probably the fairest result as both sides had their periods of dominance. Both sides had significant changes in personnel from the corresponding fixture last year; Leitrim retaining seven from last year’s starting 15 while Longford retained just five.

Leitrim gave League debuts to Ballinamore’s Sean Fox at wing forward and Carrick’s Gary McGovern at midfield and both youngsters acquitted themselves very well in a tough, fair and very competitive game.

While Leitrim had a very easy win at the same stage last year, it was clear from the outset that there was not going to be a repeat. Longford, with Mayo’s Frank Browne as manager, were well organised and had all their stronger players available for selection in contrast to last season.

They started off brightly and raced into a four point lead by the seventh minute despite playing against a strong breeze. Eoin Donnellan, who eventually finished with 13 points, getting three points and Karl Murray another.

It took Leitrim 11 minutes to open their account, a Clement Cunniffe ‘65’. Longford extended their lead with two more Donnellan frees before Sean Fox got Leitrim’s first score from play in the 16th minute. This score settled the young Leitrim side and they went to get the games next six scores.

Somaku Moradi and a Cunniffe free followed before Leitrim scored arguably the best score of the day when Kevin McGrath burst forward from his half back position to score an inspirational point from a very difficult angle out on the right wing. Another Cunniffe free in the 24th minute levelled matters at 0-6 apiece.

Leitrim then took the lead when a poor clearance by Longford keeper Eanna Daly was intercepted by Moradi who showed great composure in rounding the keeper to coolly plant the ball in the net.

Four minutes later, Cunniffe extended Leitrim’s lead from a free. A Donnellan ‘65’ kept Longford in touch but Leitrim finished the half stronger with two Cunniffe points to give them a comfortable five point lead at half time.

Longford got the upper hand in the second half in what proved to be a shootout between the respective free takers. Two Donnellan frees reduced the deficit before a Cunniffe free two minutes later got Leitrim back on track.

The remainder of the half was effectively a tit for tat battle with alternate frees between Cunniffe and Donnellan except when Longford’s John Newman scored two fine points from play.

The final quarter of the game was a tense affair as play became scrappy and disjointed leading to a few shemozzles throughout the field. Cavan referee James Clarke did an excellent job and was helped by the sporting behaviour of both teams.

By the 62nd minute, a Cunniffe free put Leitrim into a two point lead but two Donnellan points; one from play in the 65th minute and that last gasp free from a very tight angle near the sideline gave Longford a share of the spoils.

Both team managers took the positive aspects from the game. Frank Browne admitted that a draw was a fair result and stated that “It’s big progress for us. This time last year we didn’t even have a team so we’re making progress. It’s a long journey but we’re working away.”

Martin Cunniffe was delighted with the performance of his younger players “We’re slightly disappointed that we didn’t hold out for the win, but I’m delighted with the performance of the young players that we introduced today. Between injuries and emigration we were down seven players, so taking that into consideration I’m happy to be still in a strong position in the league after today’s game.