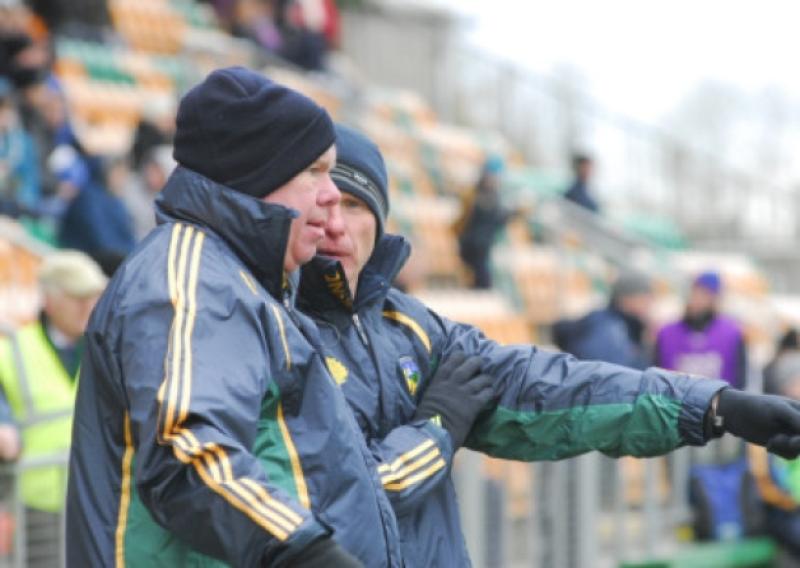 There was no disguising the dejection in the Green & Gold ranks after the final whistle last Sunday as joint manager Brian Breen conceded that Leitrim’s hopes of promotion from the Allianz League Division Four was all but gone.

There was no disguising the dejection in the Green & Gold ranks after the final whistle last Sunday as joint manager Brian Breen conceded that Leitrim’s hopes of promotion from the Allianz League Division Four was all but gone.

“We’ve no excuses, simple as that,” said Brian, “We just weren’t good enough on the day and we just didn’t look up for it. Promotion hopes are gone now, that’s it, we’re just going to have to concentrate on the championship. It was a big ask after losing the first two games but we felt that we turned the tide but today has put a big dent in it again.”

Breen’s initial reaction summed up the disappointment particularly well – “I’m speechless in one sense. I need to sit down and think about before I really comment.”

Even at that, Brian identified handling errors and basic mistakes as the cause of Leitrim’s downfall – “The game was there for the taking, we felt we were in a good position at halftime. I think fellows were looking for around for someone else to make it happen but but it didn’t happen and Offaly pipped up at the end.

“I definitely felt it was two points lost today. There are no excuses, we made far too many handling errors, basic errors, schoolboy errors, U-14s you’d be giving out to them if they made it. We took far too many balls into the tackle and lost possession, we sat back off them.

“We had the opportunity with three minutes to go when we equalised, it looked as if we could go on and do something but we didn’t, we let them straight through the whole heart of our defence to win the game.”

The disappointment was made worse by the flowering of hope after the victory in Carlow as Brian admitted “After last week, our performance was so good, we just didn’t match our performance from last week. We hadn’t handling errors last week so you have to ask yourself is it mental, were they up for it mentally?

“That’s our challenge, that is where we come in and we have to take a little bit of responsibility for that. But we felt going into the game, especially after last week that we had everything right, the mood was good and we felt that two points today would put us firmly back in the promotion hunt.

“But it just didn’t happen today and I just can’t put my finger on it but what we will do is we will sit down, myself and George will have a long chat about it, how can we be more consistent that we are? Our biggest problem is our lack of consistency at the moment and that is a challenge we have for the foreseeable future.”

“We have three games left, we’re going to be looking to win the rest of them and then make a run for the championship.”