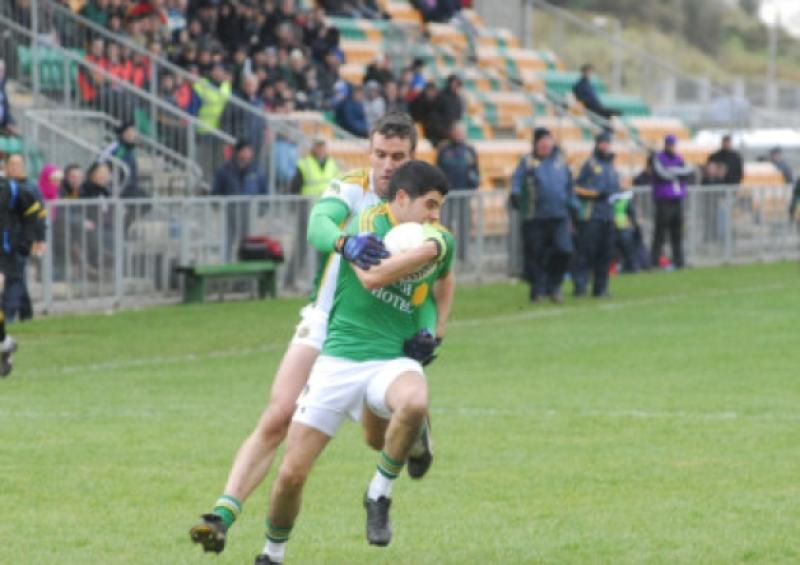 Leitrim captain Emlyn Mulligan has called for a lengthy ban for an Offaly player he alleges spat blood in his face during last Sunday’s Allianz League Division 4 clash in Carrick-on-Shannon.

Leitrim captain Emlyn Mulligan has called for a lengthy ban for an Offaly player he alleges spat blood in his face during last Sunday’s Allianz League Division 4 clash in Carrick-on-Shannon.

Croke Park is awaiting the referee’s report after Mulligan alleged on twitter after Sunday’s crucial encounter that Offaly’s Peter Cunningham spat blood in his face.

The Leitrim captain, who declined to comment further on the incident when contacted by the Observer on Monday, tweeted after the game “I’ve seen some dirty acts in Gaa but for a player covered in blood to spit blood on a fellow players face (mine) is disgraceful carry on” before adding “Fair play to the ref tho, he gave him a straight red for it and only right!! surely deserves more than a one match suspension #gaa#disgusting.”

When contacted by the Obsever, a spokesman for the Offaly GAA County Board said that they were awaiting the referee’s report and had no comment to make on the matter.

The alleged incident occured after Offaly forward Cunningham had been awarded a free following a heavy clash involving another Leitrim player, leading to Tyrone referee Sean Hurson immediately brandishing a straight red card for the offence.

The incident gained nationwide notoriety after Mulligan took to twitter on Sunday evening to express his disgust over the incident and his revelation garnered an instant response with former Killkenny All-Ireland hurling winner Eddie Brennan commenting “absolutely no reason that doesn’t deserve a lengthy suspension cowardly lowlife act” while Alan McLoughlin tweeted “Spitting is bad but spitting blood is rank, let’s just hope it isn’t ignored because we’re a small county #disgusting.”

In the wake of a spate of alleged spitting incidents, GAA President Liam O’Neill told RTE on Monday “Normal process is that the referee’s report will come before the Central Competitions Control Committee and dealt with routinely and whatever appropriate penalty as deemed by them to be applicable will be applied to the full letter of the GAA law.

“If the incident happened, I would feel great regret that any player was spat at.”

O’Neill admitted that as GAA rules stand, spitting is a category two offence which carries a one-match suspension but it could carry a longer sanction if the act of spitting was treated as an act that brought the game into disrepute.

O’Neill refused to comment specificially about the Mulligan incident but did question the use of twitter, a point echoed by Sean Perry on the social media site when he asked “Are Offaly about to become 1st county to have a player suspended because of Twitter and @emlynmulligan Remember Dan Boyle/Willie O’Dea? #gaa.”

The GAA President said “I think there was an army rule that if something controversial happened that you didn’t speak for 24 hours — I’d say that was probably good advice. It’s best that people calm down before they speak or indeed before they tweet.”

Neither was O’Neill in favour of publicly naming those found guilty of incidents like spitting - “To seek to name and shame somebody who is punished is not something I would seek to do. We’re back to the other end of the respect spectrum then, aren’t we?

“Disciplinary action is about responding to an incident. If you apply discipline, that’s probably enough. It’s not just in the GAA world, sometimes life and society in general is challenged by people who misbehave. Sometimes we have the tools and sometimes we find we haven’t covered every single angle.”

The incident over-shadowed a disappointing loss with Mulligan tweeting “Really disappointed with 1pt defeat .. fair play to Offaly .. they dug deep and fully deserved the win! have to focus on Chamoionship now.”